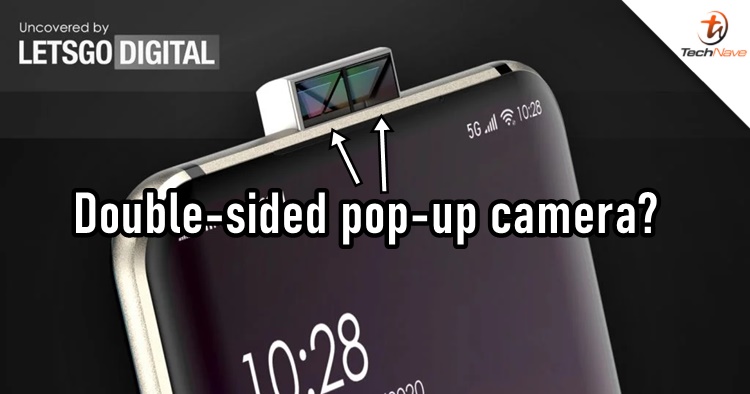 If you still remember your history, OPPO was the first company to introduce a pop-up front camera on the OPPO Find X phone. Although they have no made another ever since then, the company just submitted a new patent showing an interesting new double-sided pop-up camera setup with a reflective mirror.

As usual, LetsGoDigital spotted the patent and they decided to do a rendered image of how it could look like. From the patent, there seem to be two cameras but it's actually two prism mirrors - one facing front and the other backwards. There's only one single camera which is hidden inside the camera, the mirrors are meant to take photos on the front and back respectively. 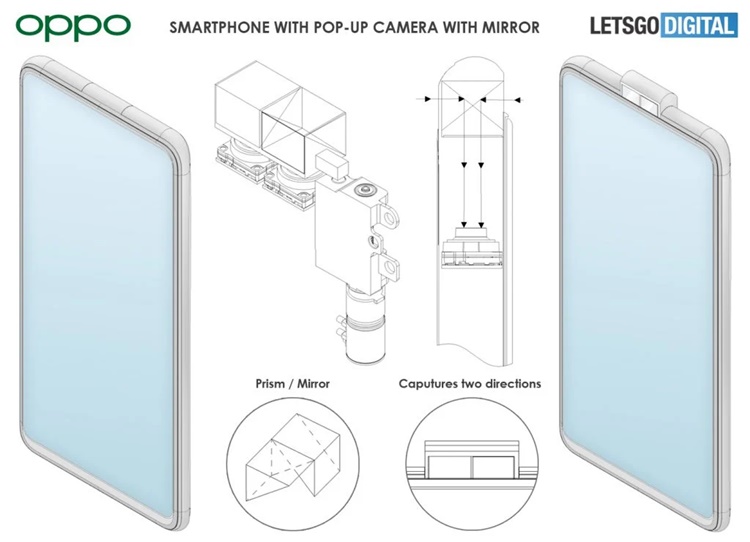 Should OPPO really go ahead with this concept, this could mean that there could be no actual rear and front camera module. This goes the same for not having an ultrawide lens, macro lens, telephoto lens, Face Unlock and other sensors. For all we know, it could also potentially take the front and back photos at the same time.

As for now, nothing is certain yet and phone brand companies are currently working on a better under-display camera. ZTE has already done it but so far it doesn't look that good according to MKBHD's hand on video (you can check it out here). But what do you think? Let us know in the comments below and stay tuned for more trending tech news at TechNave.com.