OPPO overtakes Huawei as top smartphone brand in China in 2016, Apple out of Top 3! 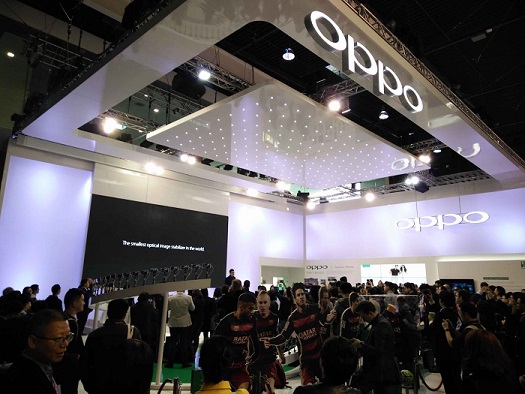 According to the latest report from research firm IDC, OPPO is now the top smartphone brand in China. The company took a 16.8% share of the market, shipping a total of 78.4 million units in 2016. That's a massive 122.2% growth compared to 2015, where they only held an 8.2% market share with 35.3 million units shipped.

Huawei remained solidly in second place, with figures that very closely matched with OPPO's amounting to 76.6 millions units shipped to amass a 16.4% market share. Third place was claimed by Vivo, which is yet another surprise. The company's shipment volume of 69.2 million units, enables it to claim a 14.8% share of the market. These 3 brands, OPPO, Huawei, and Vivo, combined to make up almost half the total shipments within the country. 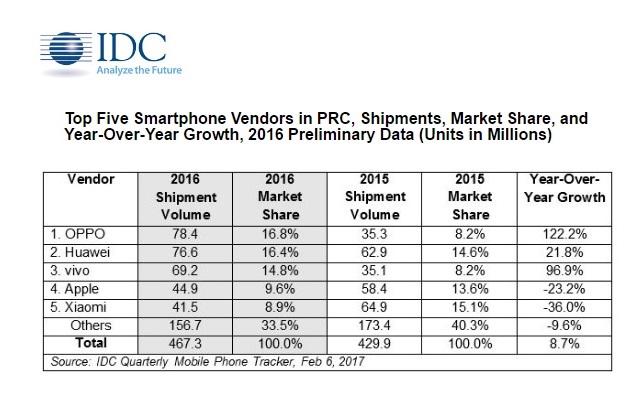