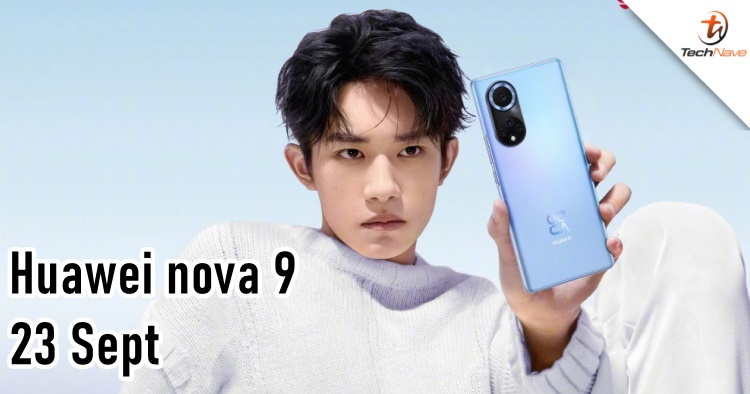 As previously speculated, the Huawei nova 9 is indeed coming soon with an official release date. Set to launch in the Chinese market first, as usual, the nova 9 will be unveiled on 23 September 2021.

But that's not all, Huawei also confirmed that the previous nova 9 design leaks are spot on. As you can see from the image, the phone will have a quad rear camera on the double ring design module and the nova logo on its rear. It will also come with HarmonyOS as expected, which will be a 2.1 version according to the Ministry of Industry and Information Technology. To recap some of the tech specs, the nova 9 is said to be featuring a 4500mAh battery pack with 66W super fast-charging technology. Rumours have it that there could also be a nova 9 Pro variant but with a 4000mAh battery that supports a 100W super fast-charging technology. Perhaps the most interesting one of all is the fact that the nova 9 series is a 4G-based smartphone only.

Before you know it, the Huawei nova 9 series will be unveiled in a blink of an eye. Until then, do stay tuned for the official news coverage only at TechNave.com.