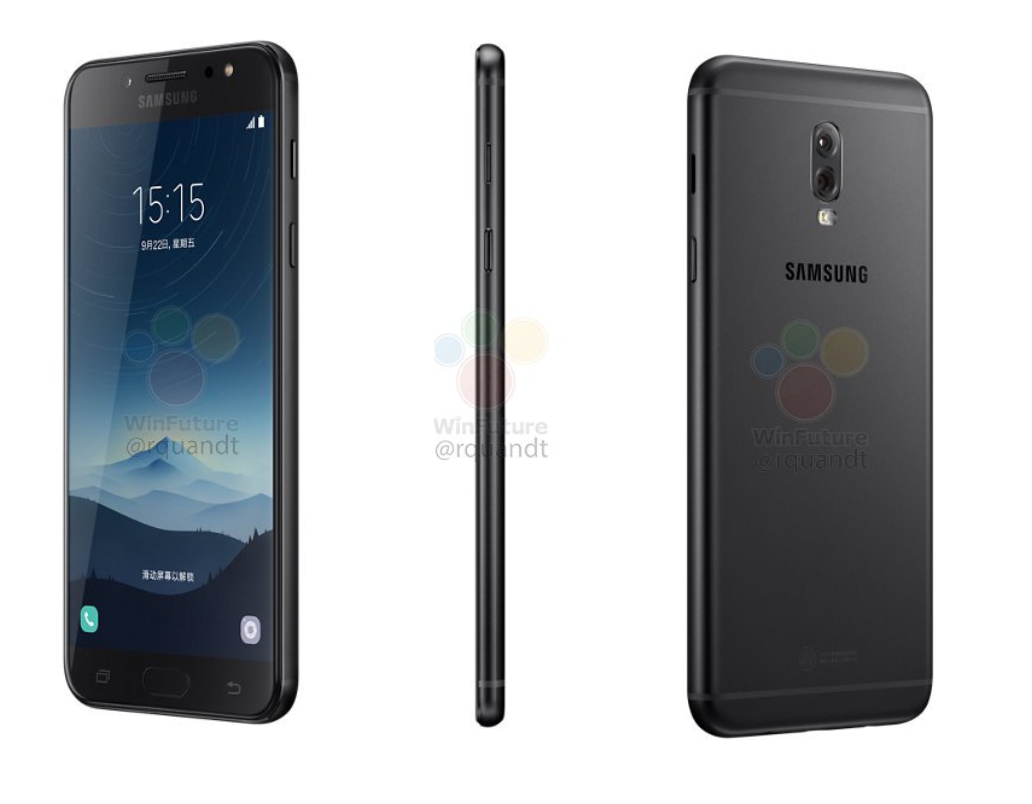 In just two weeks, Samsung has already released three smartphones with dual camera modules. Starting with the Galaxy Note 8, Galaxy J7+ and now the Galaxy C8 which seems to be exclusive to China, or is it? New promotional images were released on Twitter, let's check it out.

At first glance, both the J7+ and C8 looks quite identical. Both are full metal with nice curves, the antenna lines are at the same placement and even for the camera setup is the same. So because of this, some are people are thinking that both smartphones are actually the same but just with different names for the market. However, we think it's not the case, the memory capacity between the two is different since the J7+ is 4GB + 32GB, while the C8 comes in two variants of 3GB + 32GB and 4GB + 64GB.

The Galaxy C7 Pro came to Malaysia last year and we won't be surprised if the C8 does too. Time will tell, stay tuned for more Samsung news at TechNave.com.