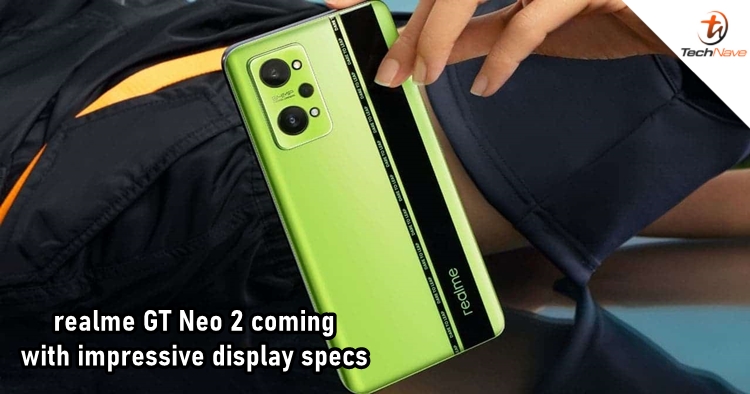 realme is preparing to launch the successor of the popular realme GT Neo on 22 September. Aside from the rumours that we've seen recently, the company has offered some confirmations on the tech specs through few teaser posters before the event takes place. Now, let's look at the confirmed tech specs coming with the realme GT Neo 2.

The upcoming device will sport a Samsung E4 flat AMOLED panel with a peak brightness of 1300nits. For the refresh rate, the GT Neo 2 is capable of adjusting itself based on the content, which varies from 30Hz to 120Hz. Not to mention that the display also supports the DC Dimming function, which can reduce the negative effect of pulse-width modulation (PWM) on the eyes. Furthermore, 10240 degrees of brightness for fine-tuning the display for ambient lighting is available as well. Previous rumours suggested that the realme GT Neo 2 will show up with a 6.62-inch panel. The Geekbench database has also revealed that the device will be powered by Qualcomm Snapdragon 870 paired with up to 12GB of RAM. Other than that, we could be seeing 512GB of storage, a 5000mAh battery with 65W fast charging, an innovative cooling system, a 16MP selfie module and a triple rear camera setup (64MP + 8MP ultra-wide + 2MP) as well.

Are you excited about seeing the device in just a few days? Drop a comment to let us know and stay tuned to TechNave.com for more smartphone updates.