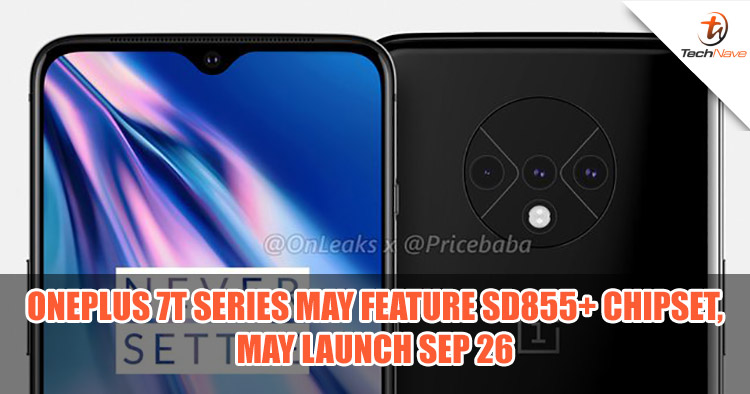 Photo courtesy of @onleaks and @pricebaba

The OnePlus 7 series were highly successful but many had been holding back from getting the device as the OnePlus 7T series will be coming soon. So far, the info we got has been pretty interesting as the device may feature the Snapdragon 855+ chipset and a 2K Super AMOLED display.

Twitter leaker @Ishanagarwal24 shared a little more spicy info about the tech specs and features about the device. The device may measure at 6.55 inches with a smaller notch and may be powered by a 3800mAh battery capacity. In addition, we may be getting the device in two variants which are 8GB RAM + 128GB internal storage or 8GB RAM + 256GB internal storage.

As for the camera, we may be seeing a triple rear camera setup with 48MP + 16MP + 12MP sensors with a 16MP selfie snapper. The camera is able to record 960fps in 10 seconds slowmo videos, can capture wide angle videos as well as Nightscape. We may be seeing the device in 2 colours which are Frosted Silver and Haze Blue.

The device is rumoured to launch on the 26th of September in New Delhi. However, no official announcement has been made by OnePlus so far so do take this article with a heck load of salt (but don’t get high blood pressure from that). So, are you willing to forego the OnePlus 7 series for the OnePlus 7T series? Keep up with the latest OnePlus news on TechNave.com!