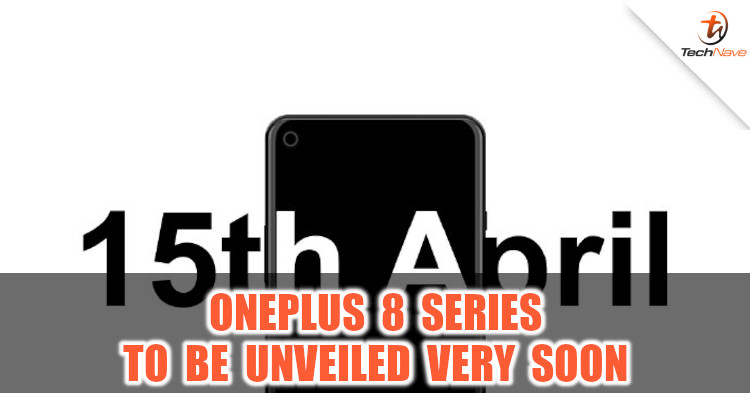 Based on a statement by ITHome, it seems that the upcoming OnePlus 8 series which consists of the OnePlus 8, OnePlus 8 Lite as well as the OnePlus 8 Pro, will be unveiled on 15 April 2020. Based on what we know so far, the aforementioned smartphone series is expected to come with a hole-punch notch as well as a 120Hz display.

Other than that, the OnePlus 8 Pro was reported to be equipped with Qualcomm's Snapdragon 865 chipset, up to 12GB of RAM, up to 256GB of internal storage, 6.65-inch AMOLED display as well as 4500mAh battery which supports up to 50W fast charging.

Camera-wise, it comes with a triple camera setup with a 48MP + 16MP + 2MP sensors while the front remains unknown. The non-Pro variant comes with largely the same tech specs othan it might come with a smaller 4000mAh battery instead.

There is also a possibility that there will be a Lite variant which has a smaller 6.4-inch 90Hz AMOLED display, as well as a Mediatek chipset instead of Qualcomm's. With all that said, do take all the information regarding the tech specs with a grain of salt due to the fact that OnePlus has yet to provide an official statement about it.

Furthermore, there's no news in regards to the Malaysia release date, complete tech specs, and local pricing for now. Would you be interested in getting the OnePlus 8 series as soon as it is available in Malaysia? Let us know on our Facebook page and for more updates like this, stay tuned to TechNave.com.