Current Location: Home > News > OnePlus 8 with the starting price of ~RM3621 appeared on a retailer site before the launch event 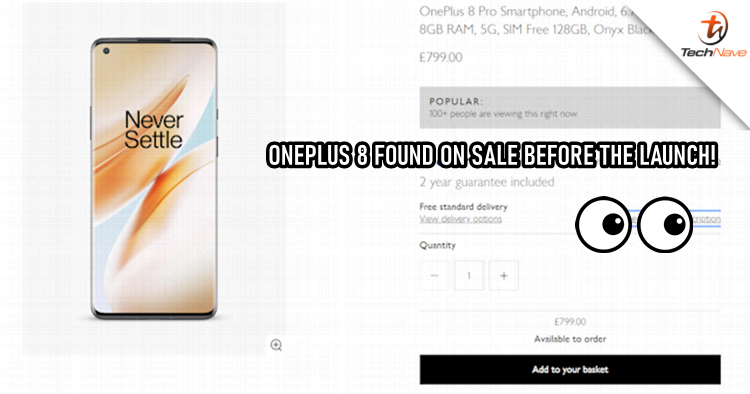 Before the launch of the OnePlus 8 series that is going to happen in a short while, the devices have already been found on sale on a retailer site. The devices including OnePlus 8 and OnePlus 8 Pro have gotten their price tags and tech specs revealed on the site, proving some of the rumours that were leaked earlier to be true.

UK retailer John Lewis already has the devices listed on its website, and revealing the price of the OnePlus 8 devices will be starting from 599 Pounds (~RM3261). From the site, we can also see that there will be two variants of the standard OnePlus 8, which one of them is an 8/128GB model and another one is a 12/256GB model. The devices both pack the same 6.55-inch FHD+ display that comes with a 90Hz refresh rate. Other tech specs also include a 16MP front-facing camera, a 48MP triple-camera system, and a 4300mAh battery. 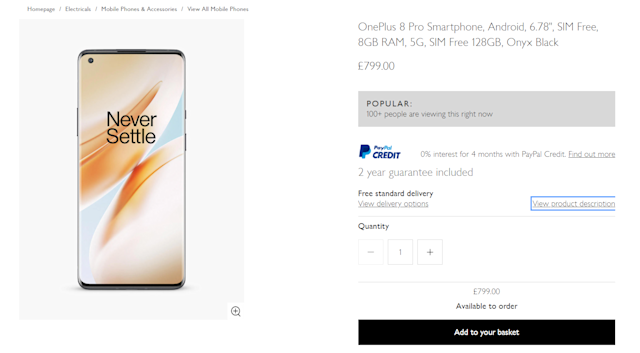 For the OnePlus 8 Pro, it lands with a 6.78-inch QHD+ display as well as an impressive 120Hz refresh rate. The Pro version will also come with two storage options like its smaller counterpart, which are an 8/12GB model and a 12/256GB model. As for the cameras, it looks like the Pro variants will have the same camera system as the standard ones. However, the OnePlus 8 Pro will pack a larger battery that comes at 4510mAh with the support of Warp Charge technology that promises a 50-percent charge in just 30 minutes.

Let us know what you think about the price and tech specs of the OnePlus 8 on our Facebook page. Stay tuned to TechNave.com for more latest smartphone updates.