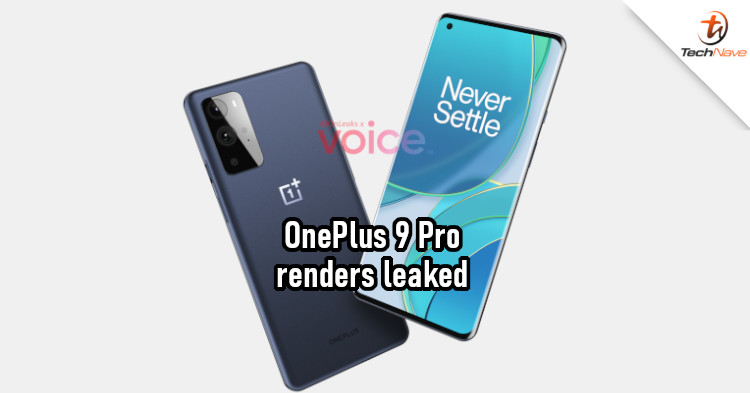 The renders were posted on Voice.com recently, revealing a closer look at what should be the upcoming OnePlus 9 Pro. From the images, you can see that it features the same curved display that the OnePlus 8 Pro had. In terms of design, it's expected to be a mix of the OnePlus 8 Pro and OnePlus 8T. Other things you can spot from the renders is the power button on the right, volume buttons on the left, as well as speakers and USB-C port at the bottom. As for the cameras, the punch-hole front camera remains in the same spot. But the rear camera setup has been arranged in a rectangle array on the top-left and there are four cameras for this model. Those who are hoping that OnePlus would bring the audio jack would be disappointed, as that is one of the components that is notably missing.

We don't have any detailed tech specs, but you can expect those to be leaked in the weeks to come. Till then, stay tuned to TechNave.com for more updates!