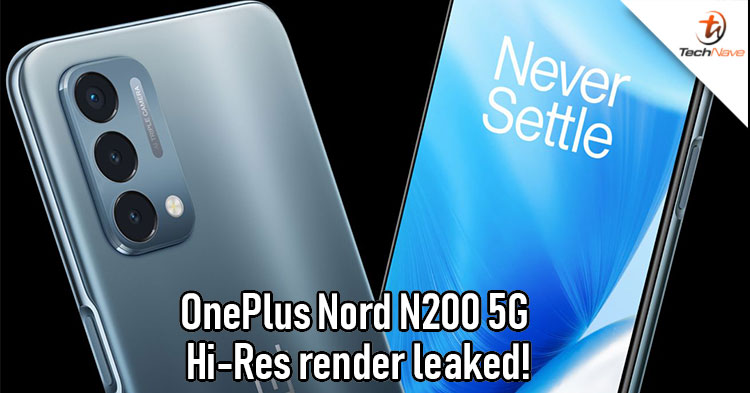 OnePlus has been pushing up its games on not just their flagships but also the company’s budget phone lineups the OnePlus Nord series recently. Today, we finally got the render leaks as well as the spec sheet leaked for the upcoming OnePlus Nord N200 which rumoured to be launching real soon.

The well known leakster Evan Blass’s Twitter has posted two postings, one on the high resolution render and one is the tech spec listing. According to the render image, the OnePlus Nord N200 has a similar design like the OnePlus Nord N100. A triple rear camera housing with a LED light and the dot-notch display. The only difference this time will be the side mounted fingerprint scanner on the side.

The OnePlus Nord N200 will come with a 6.49-inch FHD+ 90Hz LCD display with a 16 MP punch hole selfie camera on the front. It is equipped with the Snapdragon 480 5G chipset coupled with 4GB of RAM and up to 256GB of storage which is a little small on the RAM size. As for the cameras, it sports a 13MP main camera, 2MP macro lens, and 2MP monochrome lens while running on a 5000mAh battery that supports 18W fast charge.

Either way, there’s still no official confirmation on the tech specs and release dates yet, so do take this with a pinch of salt. By looking at the leaked spec sheet, we shouldn’t be expecting much on the upgrades as well. Let us know what do you think at our Facebook page and stay tuned for more tech news updates on TechNave.com.