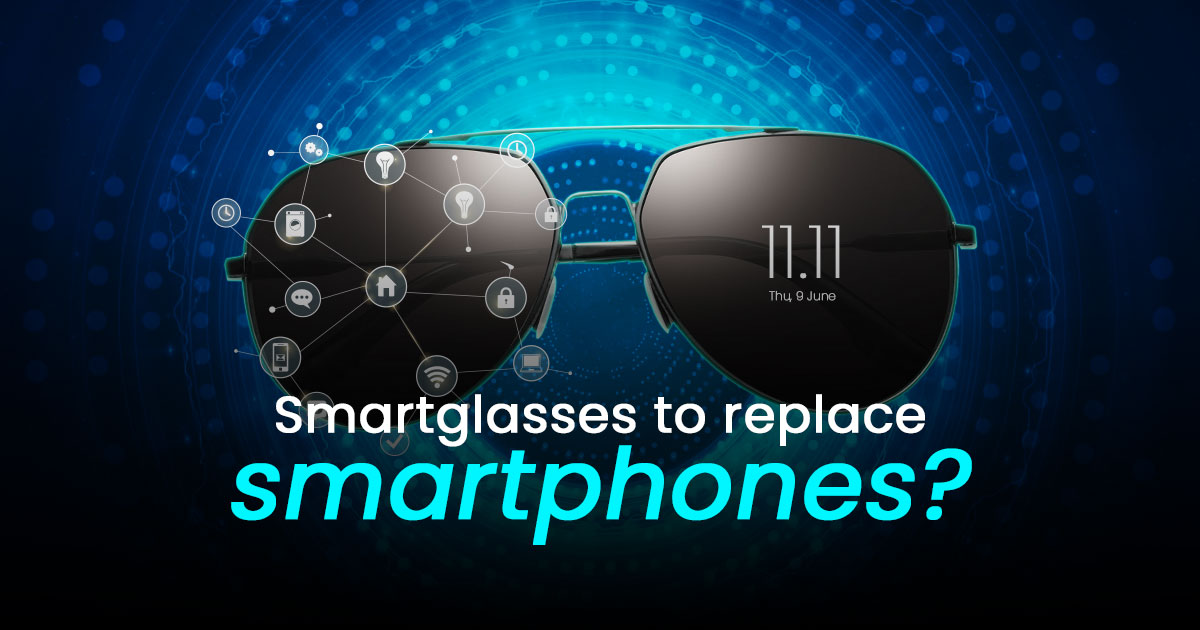 Most of us have a smartphone in our pocket these days. It's a device that not just allows communications, but even tasks normally performed on a computer (like gaming). Some would say that smartphones would stay for another decade or so. But is that the case?

Well, Pekka Lundmark seems to think otherwise. At the recent World Economic Forum 2022 (WEF 2022), Nokia's CEO claimed that 6G could be available as early as 2030 and that it could make smartphones obsolete. That got many people thinking, "What device could take the place of this incredibly useful gadget?" Lundmark says smart glasses could replace them, and I'm inclined to agree. Before giving our predictions, here's some context on the topic. So, what aspect of 6G makes smartphones obsolete? One word: speed. While 5G aims to deliver peak data rates of up to 1.1Gbps, 6G has a theoretical top limit of 1000Gbps!

Yup, 6G is about 1000 times faster than 5G. This means that 6G networks and devices can transmit A LOT of data quickly, which gives it many advantages. Devices could store all their content on an external storage drive/server and stream remotely. 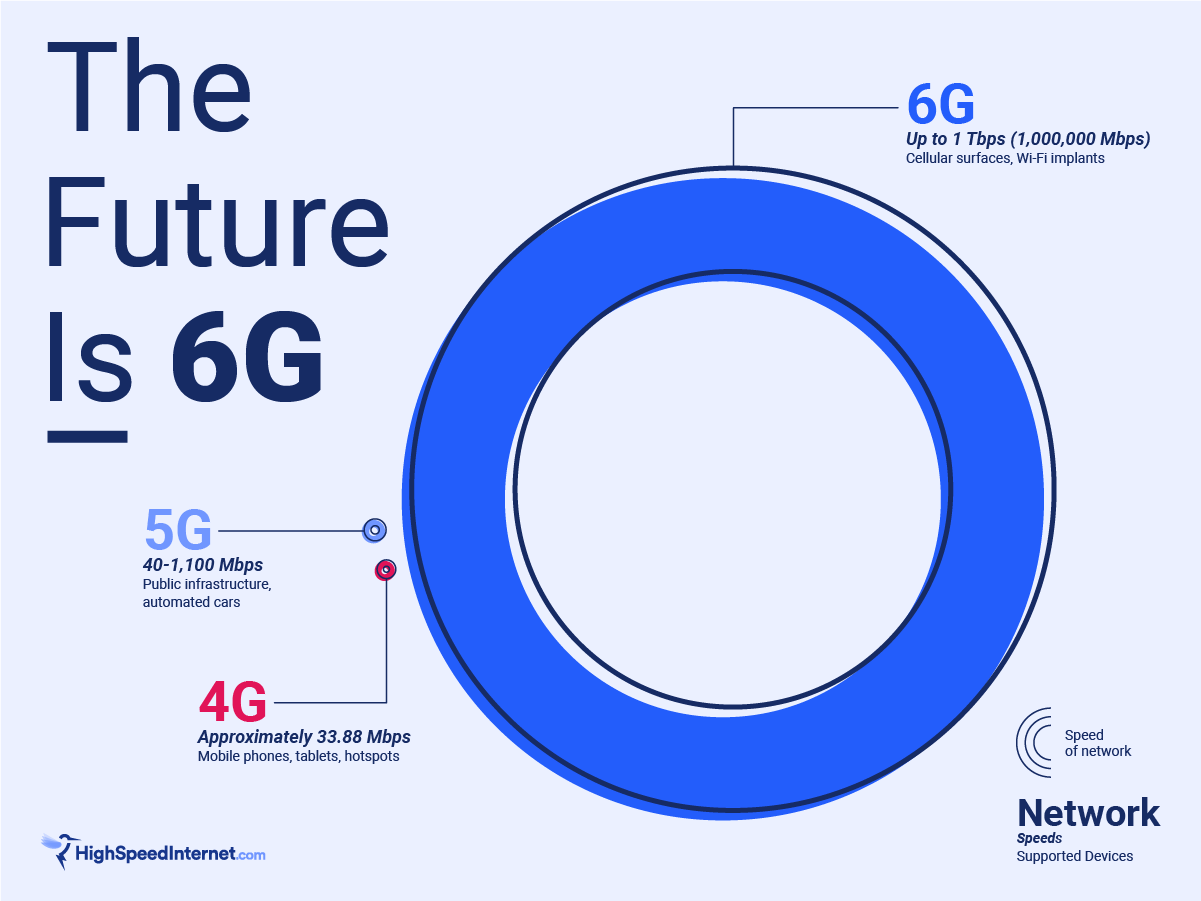 In other words, manufacturers could exclude internal storage flash drives from devices. These storage chips aren't that big, but they should still result in more compact devices. A focus on remote streaming could lead to more platforms relying on cloud servers. Services like cloud gaming could overtake mainstream gaming, as faster data rates also mean much lower latencies.

Now that you have some context on 6G, let's talk about what kind of devices could replace a smartphone. According to Lundmark, smart glasses are a category that would start popping up before 6G becomes mainstream. The Nokia CEO also believes that it could flourish with the help of 6G's ultra-fast data rates.

The OPPO AirGlass that was introduced last year

Mind you, that's not an unreasonable assumption, as some companies are already looking into smart glasses. In fact, the OPPO Air Glass unveiled last year is one of the first models in that category. There are also Meta's AR/VR smart glasses introduced a few months ago and one from Apple that's expected to launch in 2024.

Wilder creations would include the 'smart contact lenses. Back on April Fool's Day, ASUS ROG uploaded a YouTube video about a "ROG Smart Lens". If you think about it, is it really impossible for this to exist? Not with current technologies, but it could happen in the future, right?

Why are smart glasses strong candidates to replace smartphones? If you ask me, the reason would be the display interface. Any device that wants to replace a smartphone needs to have this, and with smart glasses, you have it right on your face. Personally, I'm all for this since I don't have to hold up a phone to my face anymore when I'm reading e-books. The only issue is how you'd interact with this interface.

Embedded chips as the replacement?

The next one is less likely to happen (and kinda scary to think of) - embedded chips. At the WEF 2022, Lundmark also commented on the possibility of devices being built directly into our bodies. That's some high-end sci-fi imagination there, but he's not the only one to have claimed this.

One of Elon Musk's companies, Neuralink, is working on electronic devices that can be implanted into the brain. These devices allow users to communicate with each other and with machines, basically what a smartphone does. Less invasive procedures would include embedding these chips into a person's wrists or arms, allowing them to interact with selected electronics with them. For example, they could unlock a door with it or use them as ID chips. 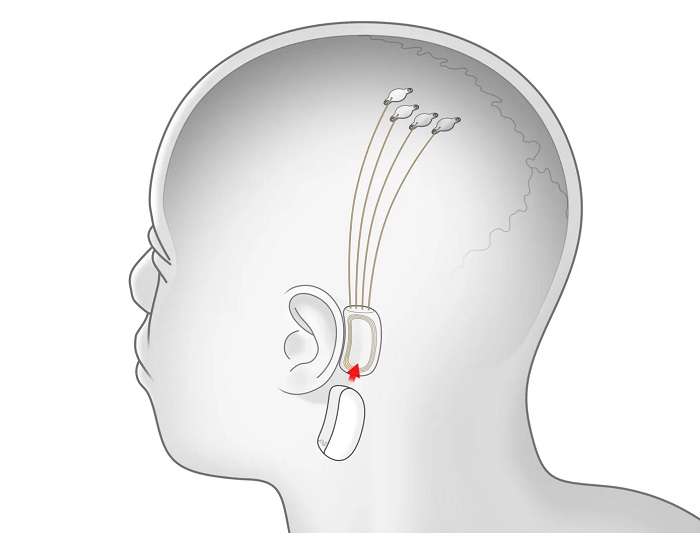 Would you embed a microchip in your head?

There are already people who are implanting chips into their bodies

The way I see it, smart glasses could indeed replace smartphones someday. Companies are already developing these and could have suitable models before 6G becomes mainstream. However, that doesn't mean they'll replace smartphones anytime soon. In fact, early prototypes will probably be so expensive that only the rich will buy them.

Of course, I'm no expert and the way the future unfolds remains uncertain. But it's an interesting topic, don't you think? Share your thoughts with us in the comments, and stay tuned to TechNave for more news and articles like this!