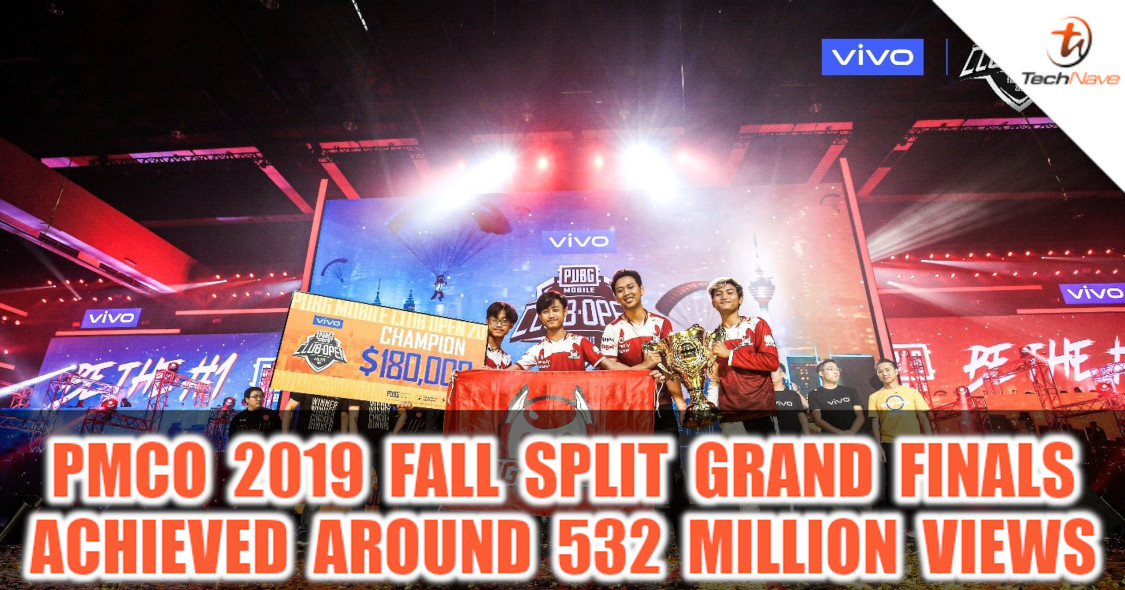 The PMCO 2019 Fall Split Global Finals took place at PWTC, Kuala Lumpur from 29 November until 2 December 2019 and it managed to rack up around 532 million total views and up to 57 hours in total watch time. During the tournament, the Indonesian team called Bigetron RA managed to emerge as the champions and bagged the grand prize of 180000USD.

With that said, General Manager of Global Publishing Vincent Wang stated that they will continue to improve upon PUBG mobile as well as introduce the “Project: Ban Pan” to reduce the number of cheaters in the game. They’ve also revealed that PUBG Mobile has been downloaded more than 600 million times on the Google Play store as well as the Apple App Store.

With all that said, did you managed to catch the PMCO 2019 Fall Split Grand Finals? Let us know on our Facebook page and for more updates like this, stay tuned to TechNave.com.