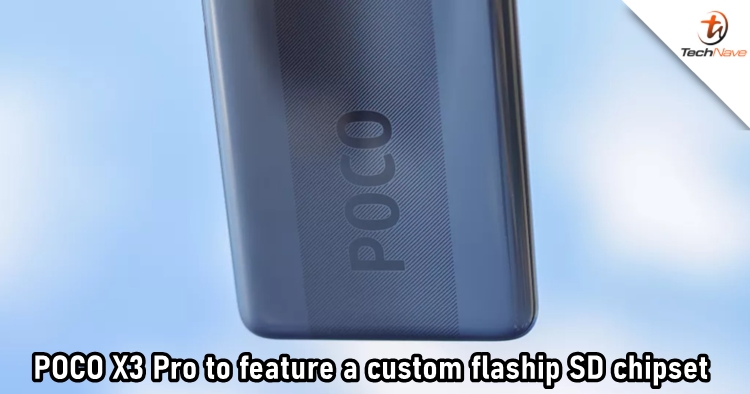 POCO will have two smartphones entering the market soon. One of them will be a high-end F series flagship while the other one will be a mid-range device. The latter is the POCO X3 Pro has been showing up quite often on our radar as it's expected to be launch later this month. Today, an exclusive leak has appeared saying that the device will feature a custom flagship Qualcomm Snapdragon chipset.

According to tipster Mukul Sharma from Twitter, the POCO X3 Pro will be powered by Snapdragon 860 chipset which hasn't been announced yet. It is also said that Qualcomm has actually given us the hint earlier by commenting “we will have a gift for you in a few weeks” under the teaser post of the POCO X3 Pro. Besides that, the device could also come with a 120Hz display and a battery that sits around 5,200mAh.

The Snapdragon 860 chipset is expected to be an upgraded version of the Snapdragon 855 launched in 2019. To recap, the previous chipset is an octa-core chipset built on the 7nm process, with a peak frequency of 2.96GHz and an overclocked Adreno 640 GPU. For the high-end flagship, it has been confirmed that it will be a rebranded Redmi K40 that features the Snapdragon 870 chipset.

Let us know what you think about the upcoming POCO smartphones on our Facebook page. Stay tuned to TechNave.com for more smartphone news.