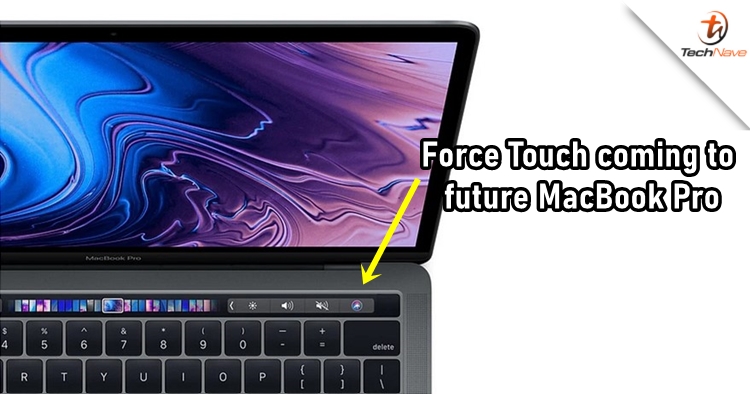 Rumour has it that Apple will release a new lineup of MacBooks with a new look and the M1 chips in H2 2021. Although it's still a long time to go, a new leak might be giving us a peek beforehand at a feature that the new MacBooks might have. The leak suggests that the future MacBook Pro could have its Touch Bar upgraded with a Force Touch sensor for more interactions.

According to a patent published by the US Patent & Trademark Office, the Force Touch that has been on other Apple products could be arriving on the future MacBook Pro. The patent filed in 2019 revealed that Force Touch circuitry will be added to surround the touch-sensitive OLED strip to implement the force-sensing technology. 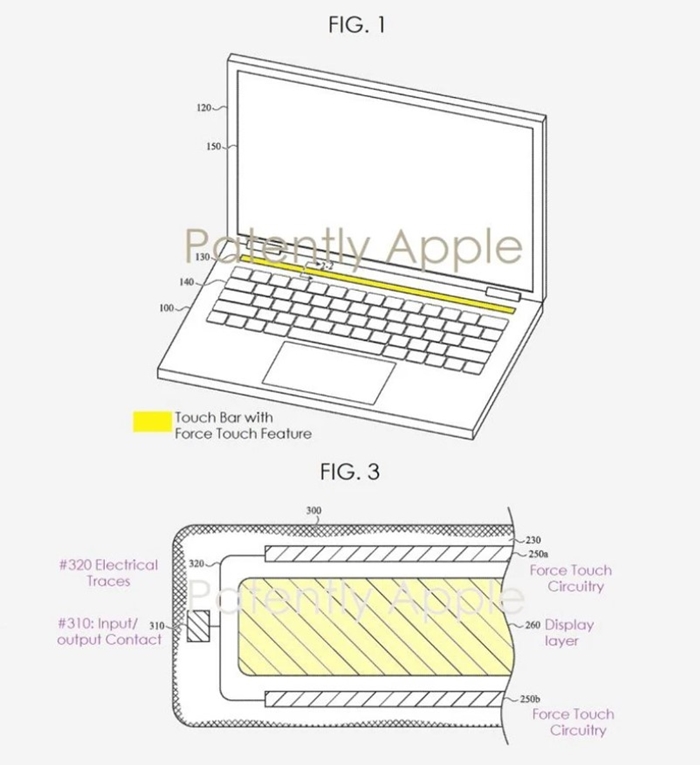 Apple's Force Touch was first introduced on the Apple Watch and later expanded to the iPhone 6s as 3D Touch in 2015. On iPhones, the technology provides features like Peek and Pop gestures for users to have quick access to the contents of an app. The Force Touch sensing technology was also brought to the MacBook Pro trackpad in the same year.

Let us know what you think of Force Touch coming to the MacBook Pro Touch Bar on our Facebook page. Stay tuned to TechNave.com for more latest Apple updates.