Personal data of Malaysian citizens from JPN are offered at ~RM35,000

Shockingly, it's reported that the personal data of millions of Malaysians by birth year from 1998 to 1979 have been leaked. According to an IT expert from Twitter, the data is currently on sale on a forum that can only be accessed using a virtual private network (VPN).

Those data are from Jabatan Pendaftaran Negara (JPN) leaked from hasil.gov.my through myIDENTITY API, described by the seller. If you're not familiar with the term myIDENTITY, it is a government data-sharing platform that allows citizens to avoid repeatedly entering personal information when dealing with online forms of government agencies. Besides JPN, the Inland Revenue Department (LHDN), Election Commission (EC), Road Transport Department, Education Service Commission, Social Welfare Department, and more can also access the service. 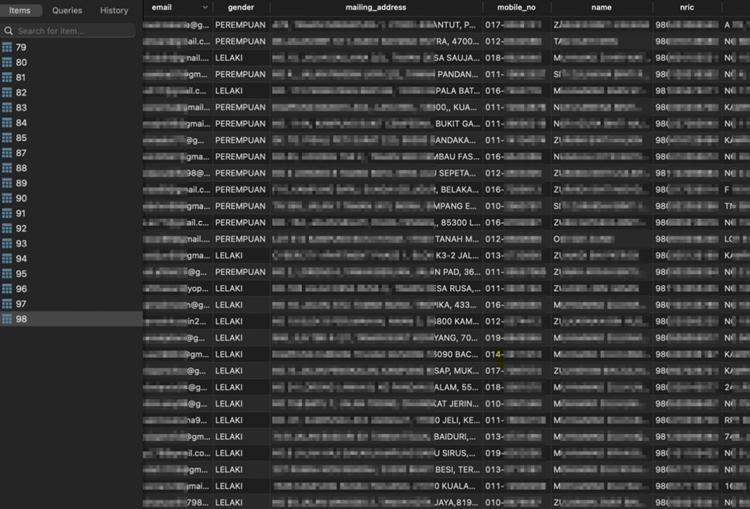 The data sized a total of 32GB in 19 files are being offered for 0.2 bitcoin, which converts to about RM35,000 at the current cryptocurrency exchange rate. They come with details that include addresses, mobile numbers and photographs, as well as race, religion and MyKad identification numbers. The seller also provided a set of JSON text to prove the authenticity of the leaked data.

How do you feel after knowing that your personal data could be unsafe even with government agencies? Leave a comment to let us know and stay tuned to TechNave.com for more local tech reports.