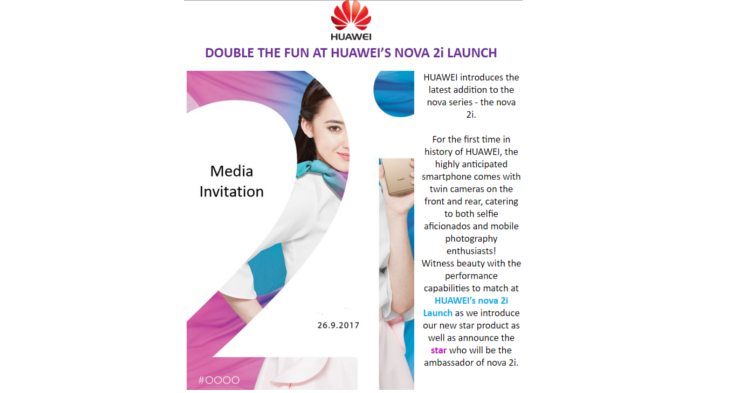 Thanks to an official invite we received, the quad-camera packing Huawei Nova 2i will apparently be coming to Malaysia on 26 September 2017, confirming that it will have dual rear cameras and dual front cameras. The invite also says that we should expect a star ambassador to go with the Nova 2i. No prizes as to who that someone is but do feel free to discuss it in our Facebook Page.

In related news, our industry sources have confirmed that the Huawei Nova 2i may have the following tech specs:

No Malaysia pricing details yet but we should know more come 26 September 2017 and 22 September 2017 when the Nova 2i is expected to get announced in Beijing. So stay tuned to TechNave.com for the latest gadget tech news and reviews.