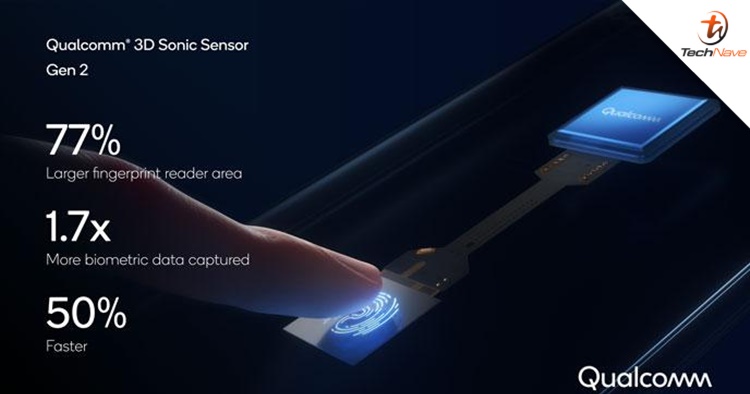 Ever since Apple introduced the fingerprint scanner, phone brands started integrating the feature and soon introduced an under-display fingerprint scanner. Although it's not entirely perfect yet, Qualcomm just announced their own Qualcomm 3D Sonic Sensors (second-generation) technology to unlock phones. They said it can even recognize wet fingertips.

On Qualcomm's page, the 3D Sonic Sensors features improved acoustic (ultrasonic waves) for 3D scanning. They claimed that with this technology at hand, it's able to scan your fingertips' pores, ridges and valleys accurately which is why it can scan through wet glass and metal. The company also said the lastest 3D Sonic Sensors is 50% faster and 77% larger to the predecessor.

With a larger sensor, this also means the 3D Sonic Sensor can capture more biometric data than ever (1.7 times). Since Qualcomm worked with Samsung before on their first-gen 3D Sonic Sensor on some Galaxy devices, they hinted that the upcoming Galaxy S21 series should be equipped with the second-gen by making its debut in early 2021.