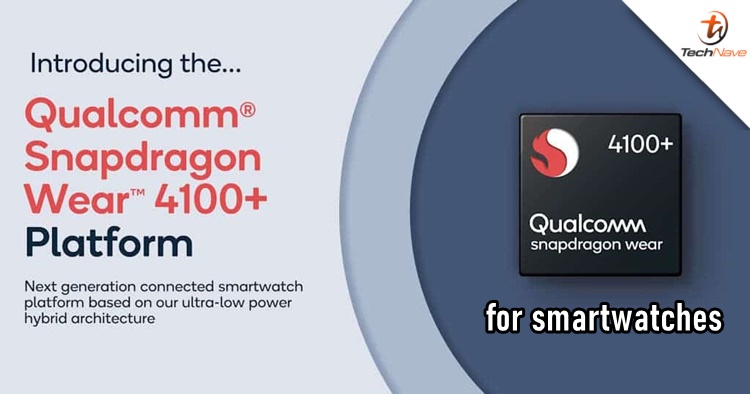 When you hear the word Qualcomm, you would usually think of their chipsets for smartphones. Well, the company just decided to make some for smartwatches too and it's been a long overdue. Today, the company isn't introducing one but two new smartwatch chipsets - the Snapdragon Wear 4100 and 4100+.

According to reports, it's said that these chipsets are following the Snapdragon 429 SoC blueprint. So inside the SoC, it's a 12nm process with a 1.7GHz quad-core Cortex-A53 CPU, Adreno 504 GPU, alongside a 750MHz LPDDR3 RAM + eMMC 4.5 ROM. There's even a pair of ISPs inside that can support a 16MP camera which is mind blogging. 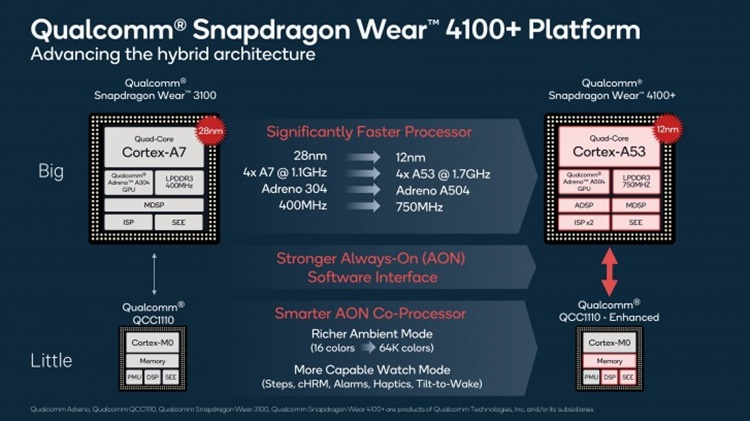 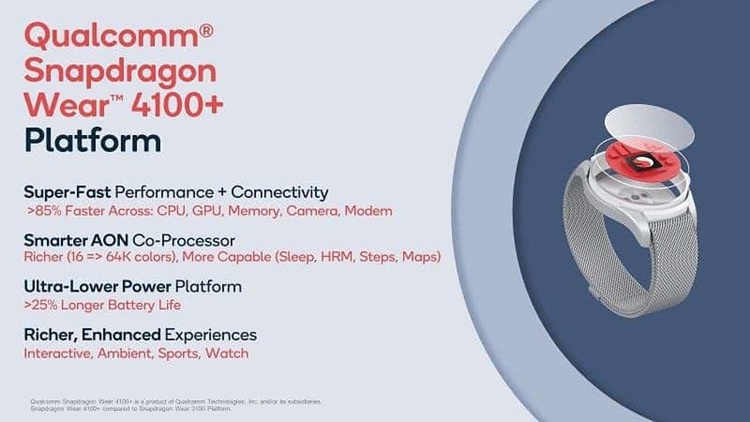 Both the Snapdragon Wear 4100 and 4100+ are quite similar, featuring the necessary SoC, PMIC, RFFE, RF for modem/GPS and WiFi/Bluetooth. However, it's only the 4100 chipset that's missing the Always-On (AON) co-processor whereas the latter does. By the way, this AON co-processor is said to enhance battery life (power consumption reduced by around 25%) and can provide 64K colours.

In terms of performance, the 4100+ is 85% more efficient than the predecessor (the Wear 3100). Its 4G LTE modem also now has a DSP, low power features and can support Cat.4 LTE and dual antennas, so there shouldn't be any problem in connecting to WiFi a/b/g/n or Bluetooth 5.0. 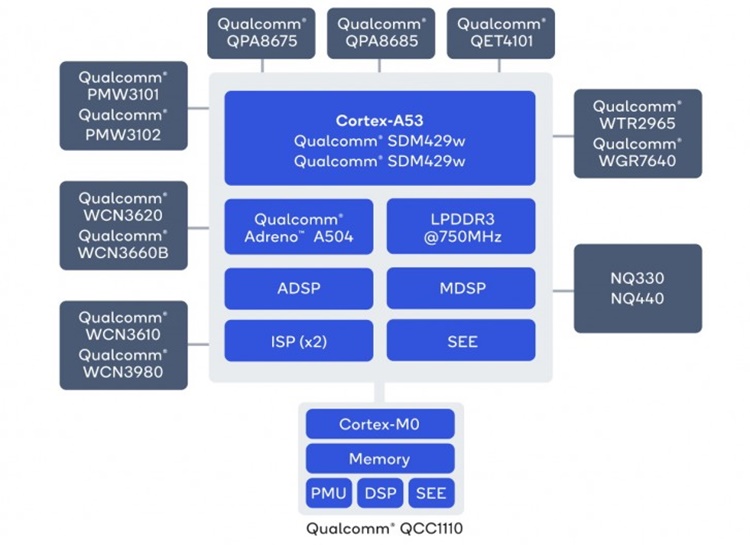 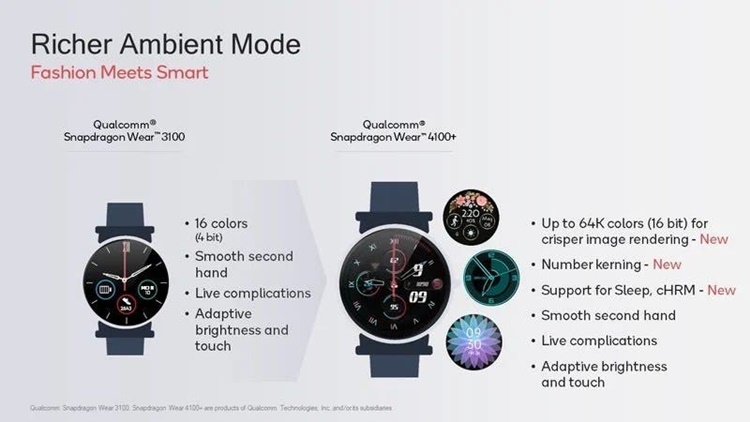 Since wearables are getting popular again, it will be interesting to see which Android smartphone brand will take the chipset series for a spin. Until then, stay tuned for more trending tech news at TechNave.com.