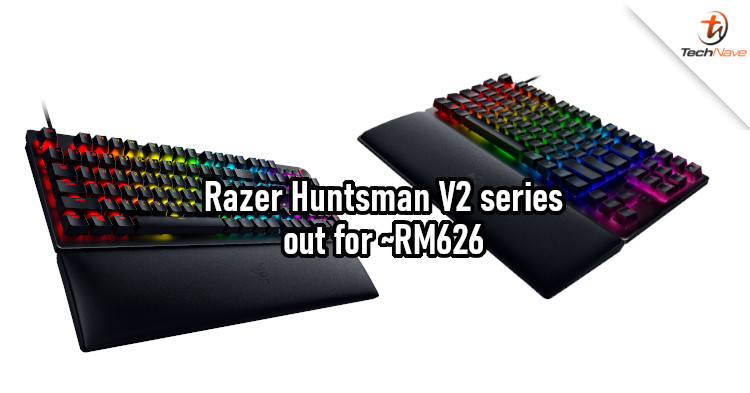 It's hard to imagine that people used to be satisfied with membrane keyboards. After all, mechanical keyboards were hard to come by. These days, they're so common and keep getting better. Just like how the Razer Huntsman series was improved.

So, what's with the new switches? Since the Huntsman V2 series comes with linear red switches and silicon sound dampeners, you don't get that satisfying 'clack' sound. However, it has faster actuation and is quieter, which could be great if you plan to game or live-stream for long hours. You can also opt for the clicky purple switches that have tactile feedback.

We've included the estimated prices below, but do check out the Razer website if you want more details. Having said that, what do you think of the new keyboards? Let us know in the comments, and stay tuned to TechNave for more news like this.