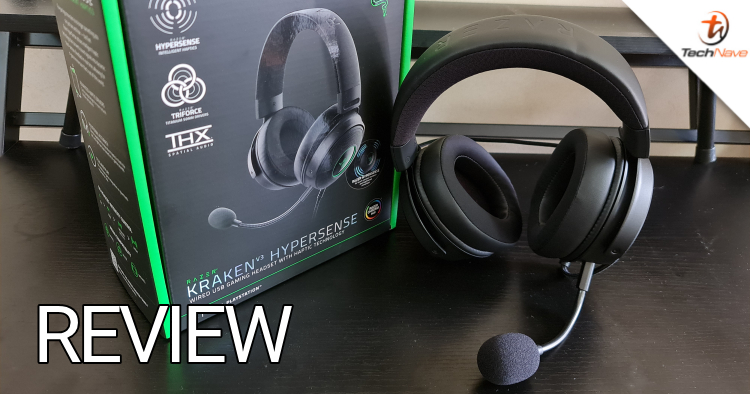 Really getting into a game is often called immersion and this is the reason why many gamers go for huge curved displays or even VR goggles. Having good audio that lets you hear the sounds of battle around you also helps make game immersion better, which is what the Razer Kraken V3 HyperSense is looking to take to another level with built-in haptic or HyperSense technology.

What it does is to basically vibrate your ears in tune with the sounds you hear. Will it deliver the gaming immersion you’re hoping for? If you’re interested in finding out then do read on for our full review of the Razer Kraken V3 HyperSense wired USB gaming headset with haptic technology. 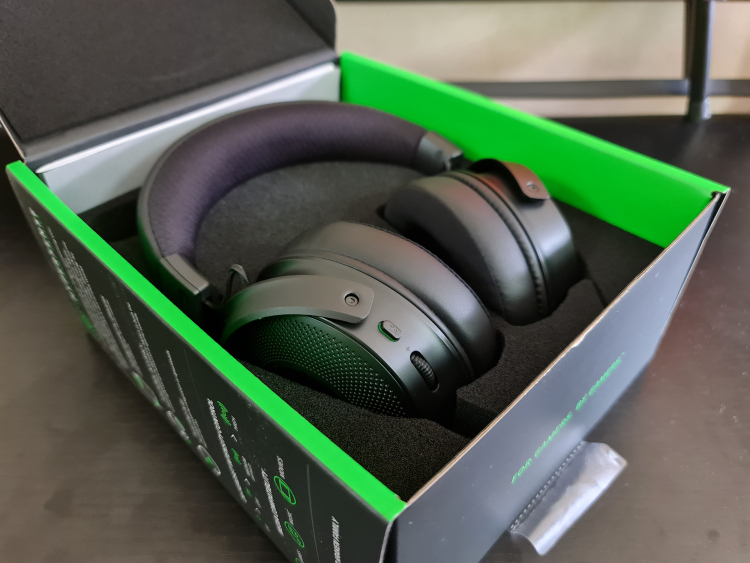 The Razer Kraken V3 HyperSense in the box 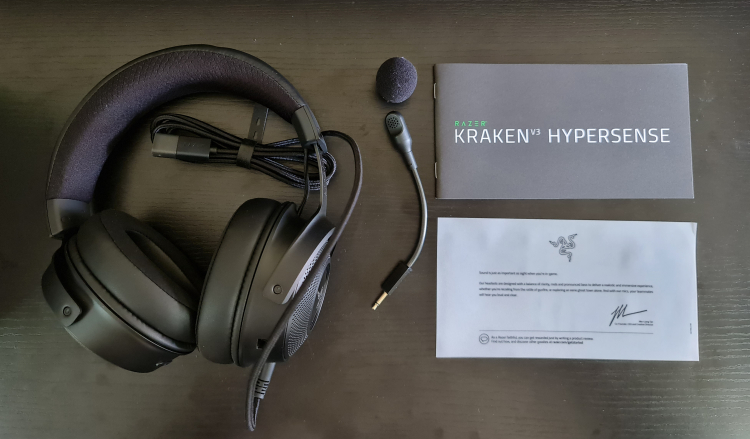 Here's all the stuff that's in the box 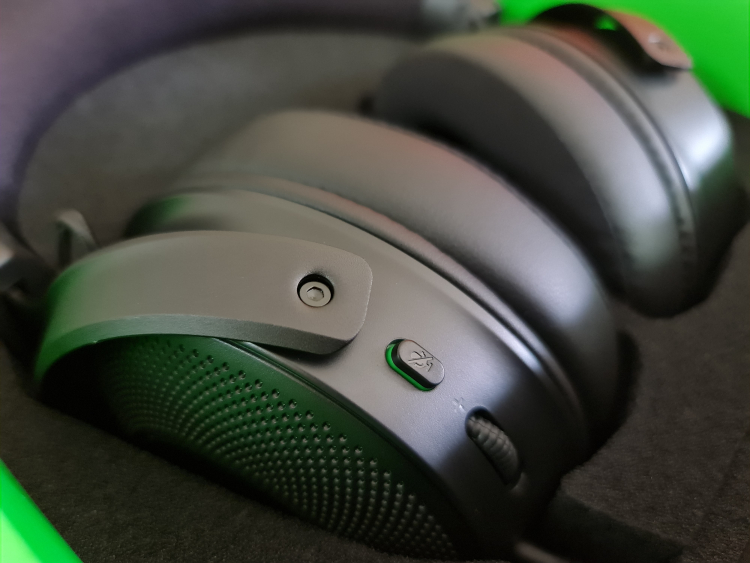 The mic and volume wheel 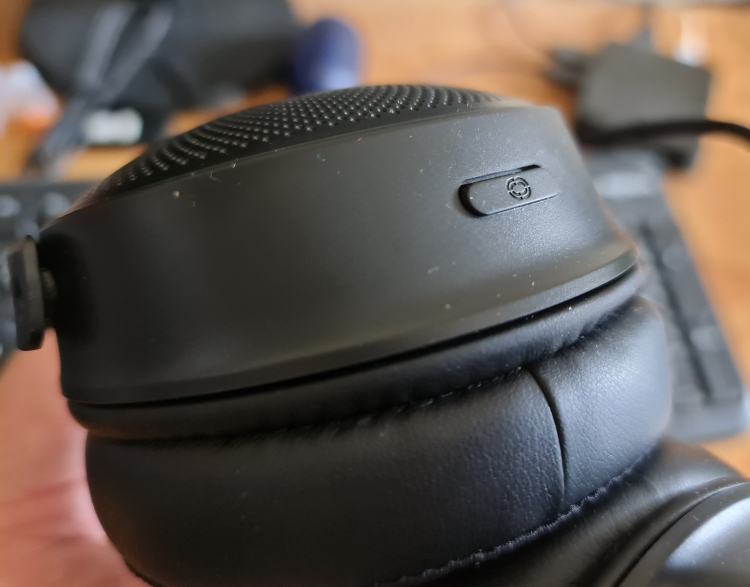 Looking much like a pair of premium headphones with a detachable microphone, the Kraken V3 HyperSense is big, bulky and wired to a USB Type A connector. The 5xmm drivers are covered by PU foam that are in turn covered by sweat absorbing neoprene material of some sort. The headband also has more of this sweat absorbing neoprene facing the head while on the outside it’s mostly soft PU or artificial leather.

Controls are located on the side with a green button for the mic and a volume wheel on the left earpiece. Another button is located on the right earpiece to manually turn off or turn on the HyperSense function. On the sides of each earpiece are Razer logos encircled by colourful and controllable RGB Chroma LED strips. Overall, it feels good and premium but due to the 2m long USB Type A cable and bulky design, we expect that it isn’t meant for portable use aside from laptops or desktop PCs. 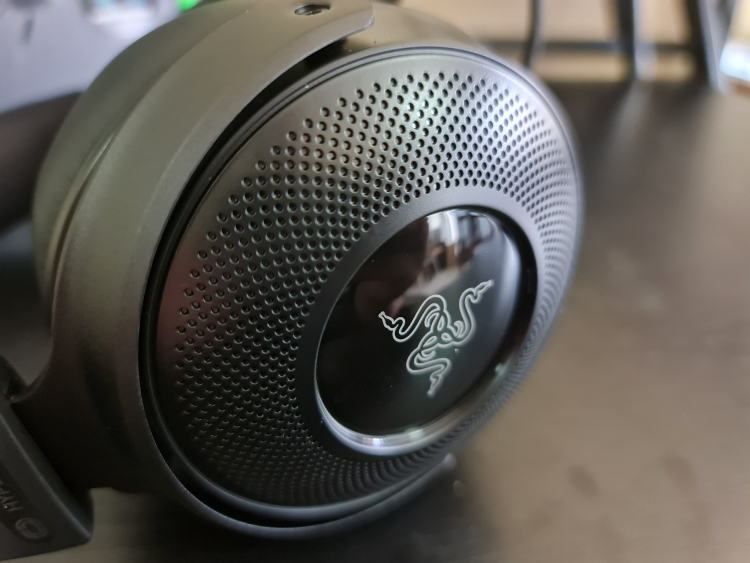 RGB Chroma lights are located on the sides 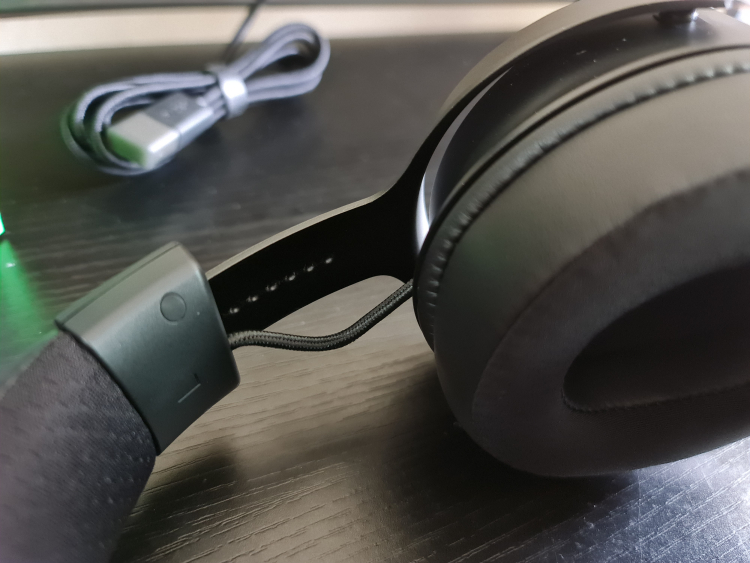 You can adjust the size accordingly 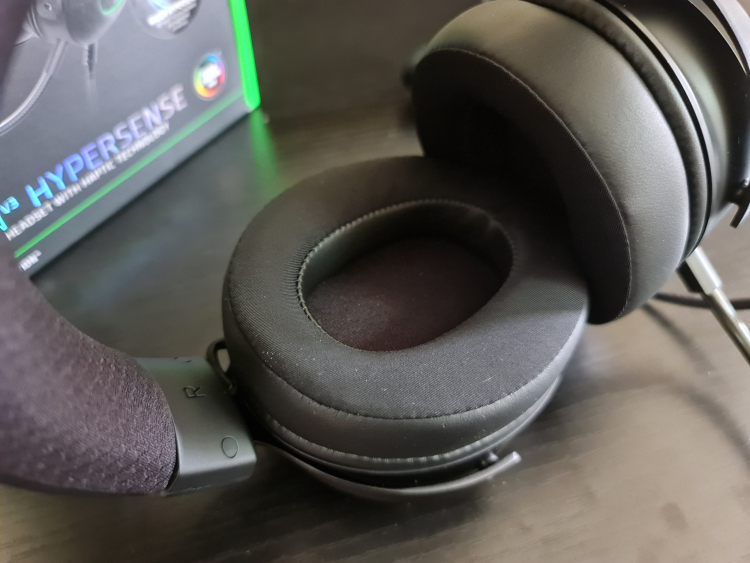 The padded fabric headrest makes for a comfortable fit

The microphone is detachable

Plugging in the Kraken V3 HyperSense into such a laptop results in a prompt to download their Razer Synapse app and more. Be aware that it’s a pretty big download of about 426MB though, but once you sign up or sign in your Razer ID, you can pretty much leave it alone to install everything.

Once it’s been installed you can then choose what colours or patterns the RGB Chroma LED on the outside of the earpieces will show. There’s also audio equalizers and various profiles that you can set to customize the audio according to your needs. This includes the HyperSense haptic technology. 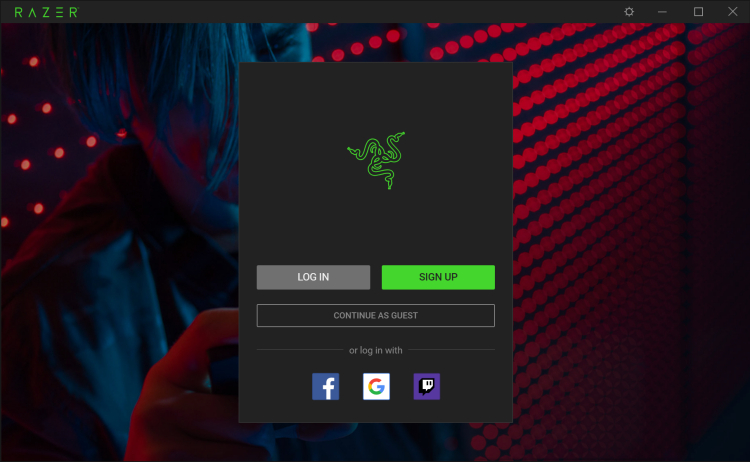 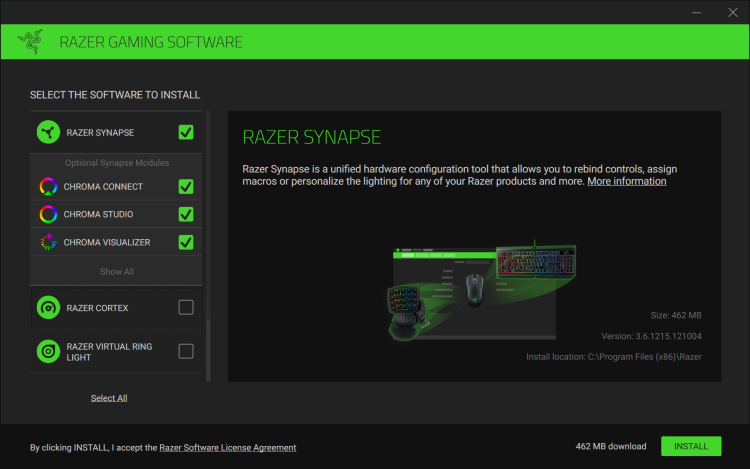 You can customize more than just the lights You can choose how strong the haptic vibration is

For those who don’t know, Razer’s HyperSense haptic technology basically vibrates in tune with the audio. What the haptic HyperSense does is almost like having a special power like Spiderman who can sense danger. The only difference here is that instead of a tingling SpiderSense, Razer’s HyperSense vibrates stronger the louder (usually this means closer) the sound is in the game.

When used in games like First Person Shooters, this sort of immersion really helps to not only bring you deeper into the game but is actually useful, especially when you’re sneaking behind enemy lines. It’s not so useful for some other games like racing or strategy though but the microphone does provide clear speech between you and your teammates. 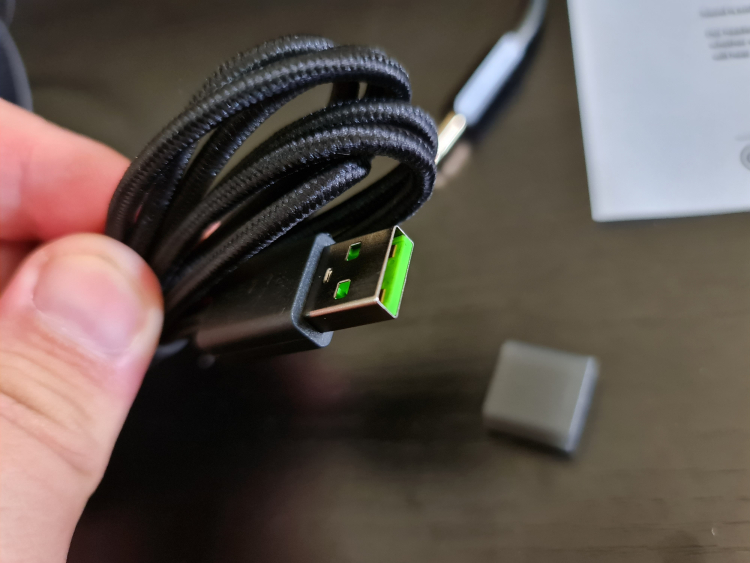 Once everything has been set up, audio performance is top notch, with full bodied sound that is clearly distinguishable between each individual instrument or voice. This applies for both games and music but you can turn off HyperSense by either pressing the button on the right earpiece or via the Synapse app if you don’t want to have your ears vibrate as you listen to music. It’s certainly a novel experience on techno tracks like Escape (ft. Summer Haze) which is like getting a Beat Saber massage for your ears.

Audio performance outside of the PC (it also works for Macs but we didn’t test that), like on mobiles or others is somewhat hollow. It does improve a bit if you raise the volume but without Razer Synapse installed, you lose out on the richness of the audio, the colour RGB controls and the HyperSense haptic feedback. The mic also still works but again, it’s not very good without the Razer Synapse settings. Overall, the Razer Kraken V3 HyperSense are some unique looking headphones that we think would look great on any game streamer, especially if you like oscillating RGB Chroma lights that you can customize. The haptic HyperSense feature certainly does help raise the immersion but only really helps in certain types of games like FPS shooters, an atmospheric adventure game or perhaps even Genshin Impact, and even then, only for PC (or Mac) gamers.

These are the tech specs and features for the Razer Kraken V3 HyperSense: