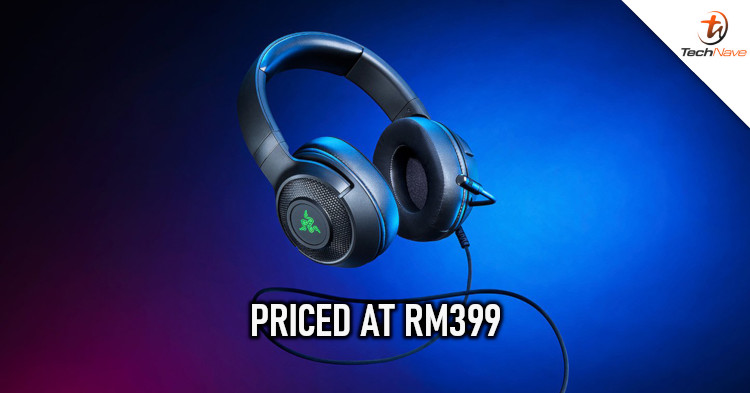 Razer Malaysia has officially announced that the Razer Kraken V3 gaming headset is now available at the price of RM399. The product will be available for purchase via Razer’s official website, as well as authorised partners nationwide so head on over there if you’re interested in doing so.

The headset comes equipped with the TriForce 40mm Drivers and the HyperClear Cardioid Mic to give the best playback and recording experience possible. Not only that, but it’s also equipped with the Razer Chroma RGB which allows it to display 16.8 million colours and it only weighs in at 285g.

With all that said, would you be interested in getting the Kraken V3? Let us know on our Facebook page and for more updates like this, stay tuned to TechNave.com.