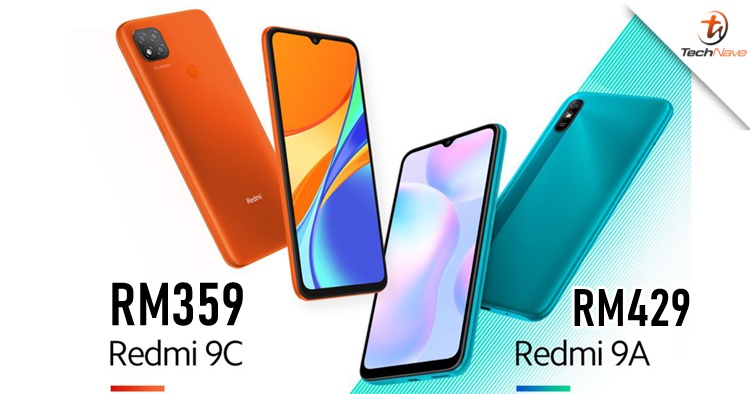 In other news, Xiaomi Malaysia have also just announced their new smartphones - the Redmi 9A and Redmi 9C - as new budget-friendly devices. Priced at RM359 and RM429 respectively, both of them are quite similar except for some specs configuration and colour variants.

That said, the rest of the tech specs are exactly the same. Both phones feature a 6.53 HD+ Dot Drop display, a 5MP front camera, 5000mAh battery (10W charging), 2GB + 32GB memory capacity (expandable memory up to 512GB) and MIUI 12 based on Android 10 out of the box. At this moment, only the Redmi 9A will be available from 14 July at every Authorized Mi Stores for RM359. The Redmi 9C will only come at the end of July.

Speaking of price, the Redmi 9A will have a flash sale deal on 7.7 on  Lazada and Shopee. For just one day, it will be just RM319 during the campaign. That's all, folks. What do you think of the entry-level phones? Let us know in the comments below and stay tuned for more trending tech gadget news at TechNave.com.