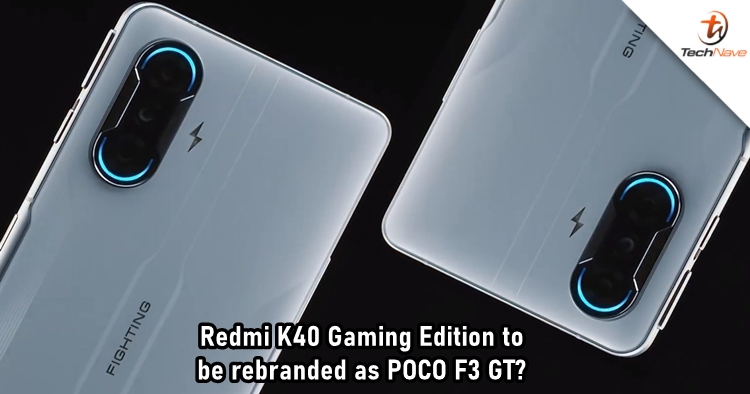 Redmi has just launched its first gaming smartphone today. Not only the K40 Gaming Edition is packed with gaming-centric features, but it's also an alternative for those who don't want to spend a lot on a more high-end gaming phone. As the newly launched device is currently exclusive to the Chinese market, it makes us wonder if it will make a global debut in the near future. We might have gotten the answer as the device is said to be rebranded as POCO F3 GT for India.

The leak was revealed by tipster Kacper Skrzypek after finding out that the Redmi K40 Gaming Edition and POCO F3 GT share the same core model number. The previous Redmi K40 has been rebranded as POCO F3 for the global market. Therefore, it also makes sense for this new device to falls into the F3 lineup.

To recap, Redmi's first gaming device is powered by MediaTek Dimensity 1200 chipset paired with up to 12GB of RAM and up to 256GB of internal storage. It also sports a 6.67-inch AMOLED panel that supports a 120Hz refresh rate with a 480Hz touch sampling rate. There's also a 5,000mAh battery that can be fully charged in just 42 minutes with the supplied 67W charging.

Let us know what you think about this news on our Facebook page. Stay tuned to TechNave.com for the latest smartphone news.