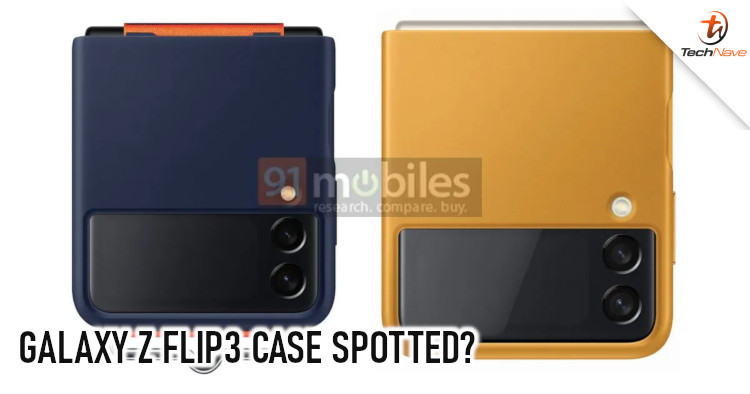 Based on a statement by 91mobiles, it seems that a bunch of leaked images of the Galaxy Z Flip3 cases might have been spotted, which showcases the design of the smartphone. While not much is known in regards to the Malaysia release date, it does give us a better idea of what to expect when the device is officially unveiled during the Galaxy Unpacked event that’s happening on 11 August 2021.

Judging by what we can see from the leaked renders, the Z Flip3 is expected to come equipped with a dual-camera setup, as well as an LED flash right under it. Not only that, but it looks like that case will have a leather finish along with a silicone strap as well as a ring.

However, do take every bit of information with a grain of salt, because Samsung has yet to provide an official statement on the leak. Not only that, but there’s also no news on the Malaysia release date, local pricing, and exact tech specs for now.

What are your thoughts regarding the Samsung Galaxy Z Flip3 case so far? Let us know on our Facebook page and for more updates like this, stay tuned to TechNave.com.