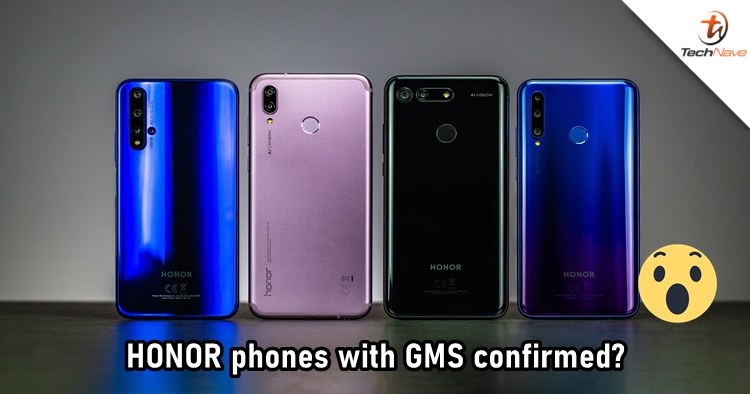 After Huawei sold off HONOR, the public has started to question whether HONOR will regain access to Google Mobile Services (GMS). Now, it looks like that the answer has been revealed with a reputable Russian newspaper reported that the smartphone company is working on a new line that runs the GMS.

It is said that the change is likely to take effect starting from the HONOR X11 and HONOR 40, but it is also possible that the company will introduce new lines of smartphones. For the upcoming HONOR V40 series, it won't be supporting GMS as it was developed under the ownership of Huawei.

Furthermore, an insider claims that the new HONOR smartphones will still have access to Huawei's AppGallery despite the split. However, the devices will not have easy access to Huawei Mobile Services (HMS). It is mentioned that HONOR has been releasing smartphones that don't support GMS for over 18 months. Luckily, things might start to change with this news.

Let us know what you think about this news on our Facebook page. Stay tuned to TechNave.com for more exciting smartphone news.