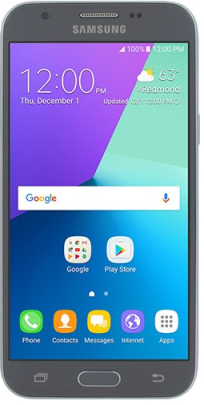 We have seen the TENAA listing of the Samsung Galaxy J3 (2017) before, and now we have the official (ish) rendering of the affordable smartphone from Samsung. The render looks slightly different than the one that was submitted to TENAA, so we may not see its final form as yet.

As a recap, we may see a 5-inch Super AMOLED display with a 720 x 1280 resolution. A quad-core 1.4GHz CPU powers the unit - possibly the Qualcomm Snapdragon 430 or the Exynos equivalent. We may also see an 8-megapixel at the rear, and a 5-megapixel at the front. 2GB of RAM will run the whole show, paired with 16GB of internal storage. Battery wise it is said to have a 2600 mAh battery – and it will run Android 7.0 Nougat out of the box.

Interestingly, the source of the image also said that there would be another model sporting the J3 name – this time as a J3 Pro. What will this new model entail? No news of it so far, so stay tuned to TechNave as we bring more Samsung news straight to you.