So according to the latest leak, the much anticipated Honor 9 will be officially launching on 12 June 2017 in Shanghai, which isn’t that far off. However, other details regarding the tech-specs are quite scarce. But here’s what we know so far. 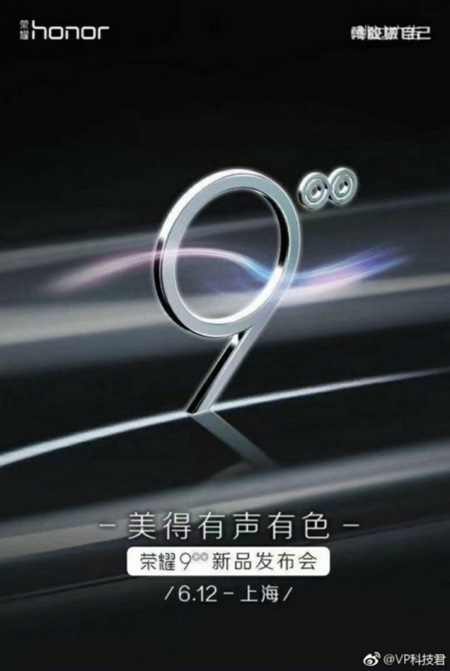 First, the Honor 9 will retain the dual camera module setup from its predecessor as expected. The Mandarin characters below roughly translates as “Beautiful and Colourful”, this is giving a clue on the phone is able to pick up a deeper level of gamma colours, a bigger pixel perhaps? There was also a rumour that the device will drop the headphone jack, but we will see about that.

Are you looking forward to the Honor 9? Stay tuned for more Honor news at TechNave.com.