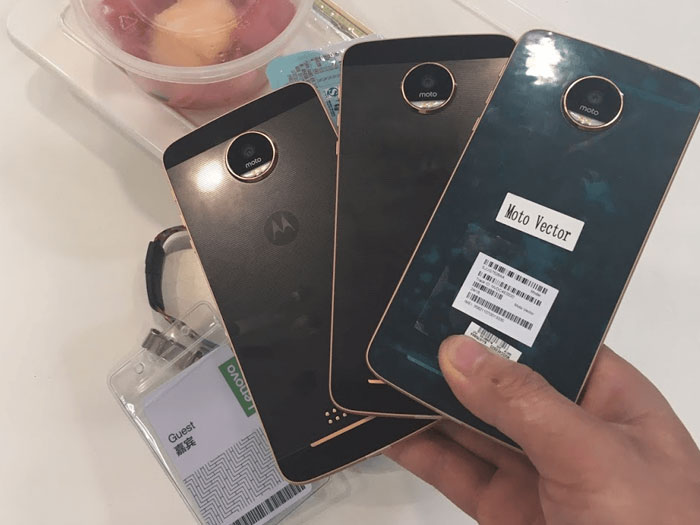 The Moto Z family is fast becoming a smartphone that everyone wants to own. Of course more choices will be good, so we should see a new model join the Moto Z family. Leaked photos of the purportedly Moto Z Play has appeared online, and it looks surprisingly like its brothers.

Just as a quick recap, the original Moto X Play was a lower version of the Moto X Pure Edition, with lower specs as well as lower pricing. It does come with a larger battery than the standard Moto X, so we expect the same to happen for the Moto Z Play when it is launched soon. 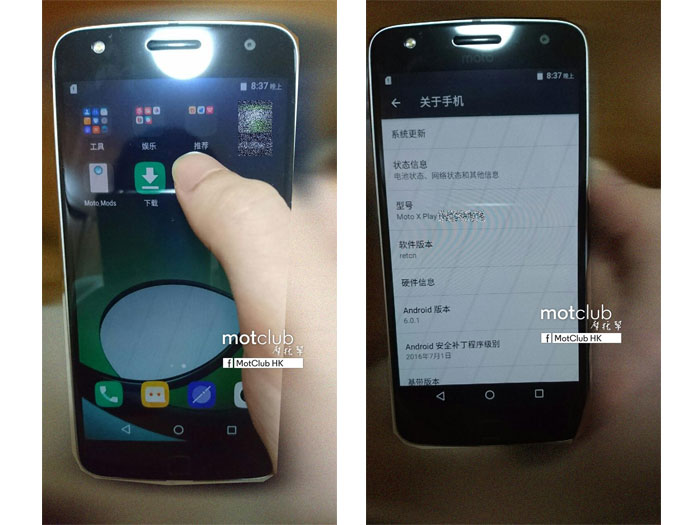 Design wise the Moto Z Play looks similar to the other Moto Z devices, but as we reported earlier, it should come with a 3.5mm jack, when the other models in the family is deprived of one. The photo also sees one of the handled devices sporting the sticker labelled “Vector”, which was the code name used when the design was first leaked.

We have to wait and see if the devices will land on our shores soon. In the meantime, stay tuned to TechNave for more information of the smartphone from Motorola.