The Nexus 6P has seen good sales in Malaysia, but Google announced two models of their Nexus smartphones when it was first launched. We may now soon see the smaller model in the Malaysian market, as the Nexus 5X has been sighted on SIRIM.

Lowyat.net saw that the Nexus 5X has been spotted on SIRIM’s database, which usually signals that the device will be coming to Malaysia pretty soon. Like the Nexus 6P, the Nexus 5X is registered under Brightstar Malaysia. 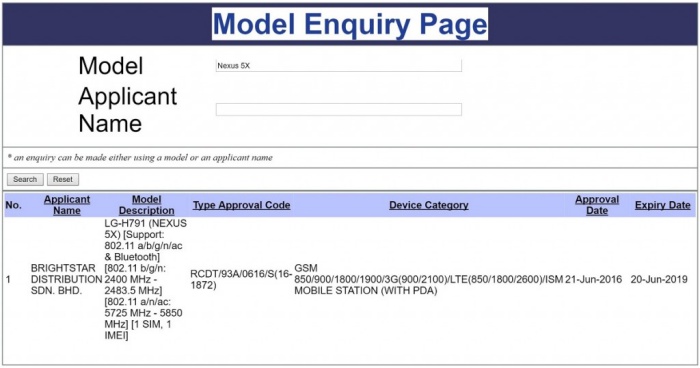 As a refresh, the Nexus 5X has a 5.2-inch 1080p IPS display, a Snapdragon 808 processor paired with 2GB of RAM, 16GB or 32GB of non-expandable storage, a 2,700mAh battery, the same 12.3MP rear camera as the Nexus 6P, and a 5MP front-facing camera. Stay tuned to TechNave for more information of the second Nexus phone in Malaysia.