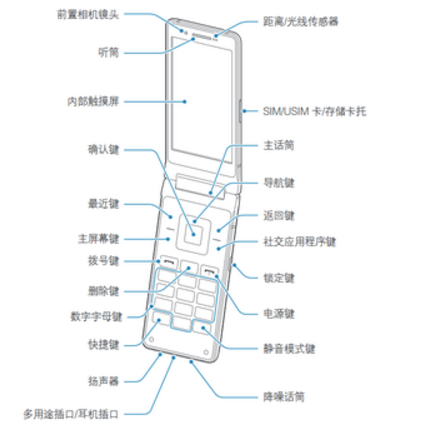 Ah, flip phones. Those were the days before they became almost non-existent thanks to smartphones. But what if I told you that Samsung is actually developing a W-series phone that combines the both of best worlds. Codenamed SM-W2018, the phone will be just like a flip phone but with high-end tech-specs.

According to TENAA, someone has been leaking out some information about the device. It's said to carry a Snapdragon 835 chipset (initially it was 821 only) and even has a 6GB + 64GB memory inside which is quite impressive. However, that cannot be said the same for the display, as you know the limitations - it will only be a mere 4.2-inch but at least it runs in 1080p.

The cameras will be a single sensor for the back and front with 12MP and 5MP respectively. A 2300 mAh battery is on board and Android 6.0.1 will be used. Rumours also have it that a wireless charging feature could make its appearance.

So what do you think? Would you want this kind of new flip smartphone device? Let us know in the comments below and stay tuned for more Samsung news at TechNave.com.