So just recently, an unknown Apple iPad model made a surprise appearance on GeekBench showing off high benchmark scores. Many believe this is the new iPad Pro, and we think that it could be the iPad Pro 10.5 that was announced recently at the WWDC 17. 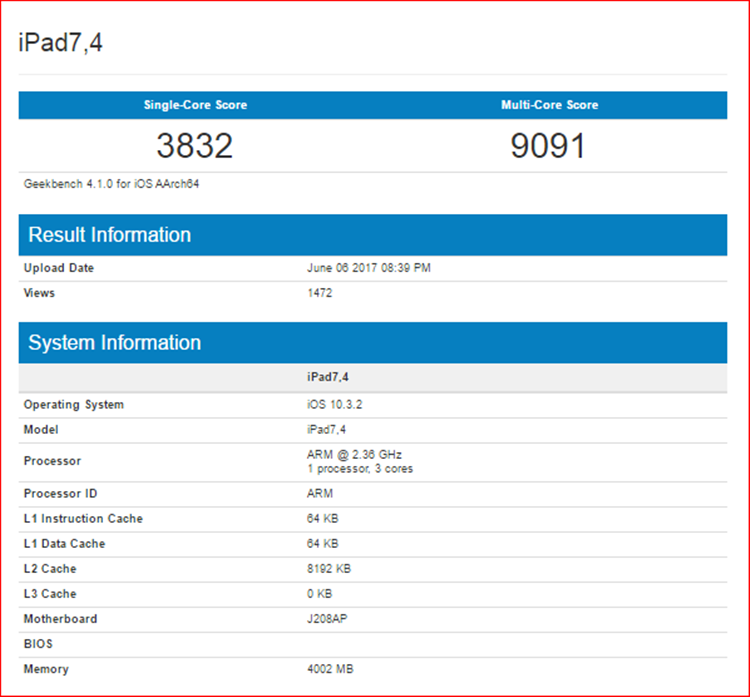 As you can see, it scored a 3832 points on the single-core test, while the in the multi-core score, it scored a huge 9091 points. Not even the iPhone 7 Plus can reach that far, as currently its score stands around 5k points. The only thing that can justify the high score is probably because of the A10X Fusion chipset, along with clocking of 2.36GHz, which is higher than the iPhone 7 Plus’ 2.23GHz.

According to Apple during the reveal of the iPad Pro 10.5, the company stated that the tablet has become 40% faster in graphics performance thanks tot eh A10X Fushion chip. With this proclamation, the GeekBench score does seem legit. Or it could be another iPad that we haven't heard of yet, who knows.

Are you planning to get your hands on the iPad Pro 10.5? Stay tuned for more Apple news at TechNave.com.