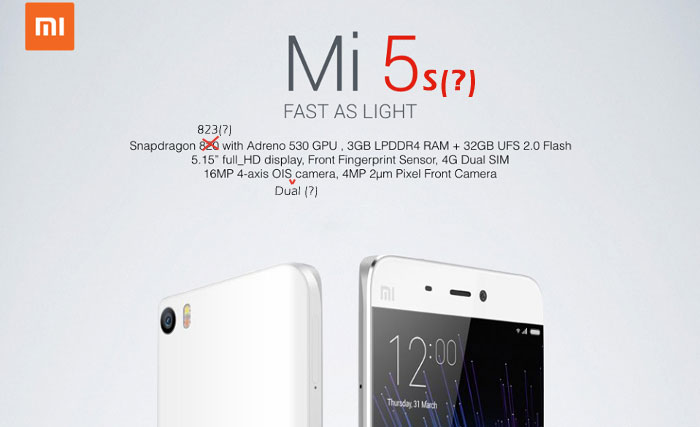 Have you gotten your own Xiaomi Mi 5? Congratulations if you have. You may not want to read this news then. Reports are popping up that Xiaomi is set to launch a new model under the Mi 5 line, that features a pressure-sensitive screen, ultrasonic fingerprint reader, and a dual-camera module at the back.

While the Xiaomi Mi 5 was announce barely a few months ago, news are reporting that the company is readying an update to that model to be shipped worldwide by the end of the year. It is reported that the Xiaomi Mi 5s use the same design the original Mi 5. Plus, the Mi 5s is expected to come with the same 5.15-inch display running at 1080 by 1920 pixels as its predecessor. Under the hood, however, the handset is said to come with better stuff.

Xiaomi is said to include a pressure-sensitive display similar to the 3D Touch system that Apple uses on the iPhone 6s and 6s Plus or Huawei's similar feature on the Mate S in the new model. They are also reporting to include one of Qualcomm's ultrasonic fingerprint reader to replace the current scanner that is in place. At the same time, we may also see Xiaomi use the new Snapdragon 823 alongside the new model. Stay tuned to TechNave as we bring more news on the new Xiaomi Mi 5S.