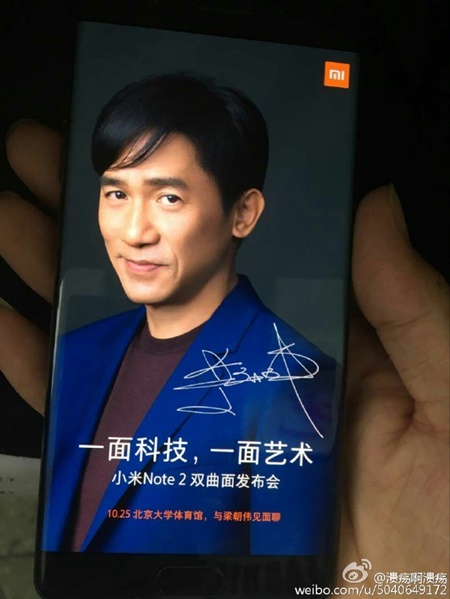 As Xiaomi Mi Note 2 gets closer each day, so does the amount of rumour news. Today, we bring you the latest rumour tech-specs of the Mi Note 2 (again) but with a clearer and perhaps convincing clues of what it will feature. 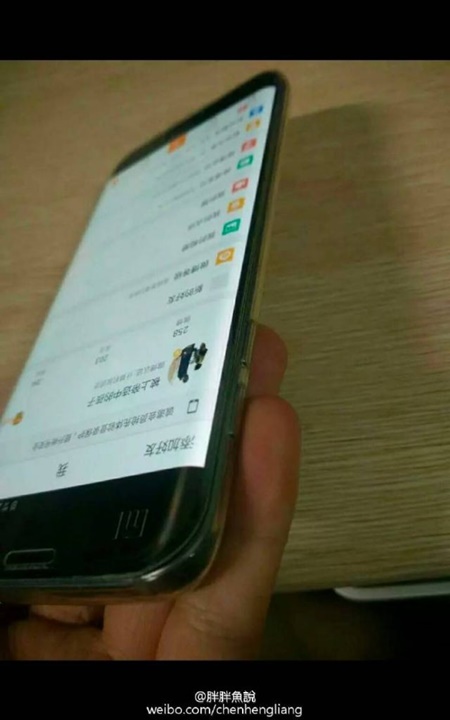 So apparently, someone managed to screenshot some powerpoint presentation slides containing tech-specs of the device, we also got a leaked screenshot of the "phone" which looks nothing like the bezel-less smartphone that we saw the other day. 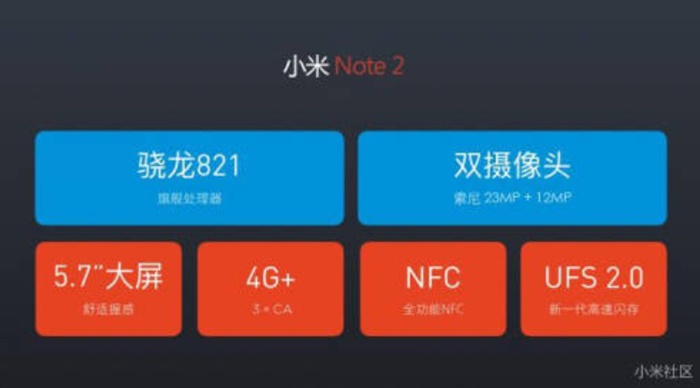 According to the slides, the Mi Note 2 will feature a Snapdragon 821 chipset (quad-core CPU + Adreno 530 GPU), carrying a huge 5.7-inch Super AMOLED display with 1440 x 2560 resolution (Force Touch), 4GB RAM + 64GB ROM, a pair of dual rear cameras comprised of 23MP Sony IMX318 and a 12MP Sony IMX378 sensor, along with a 8MP selfie snapper for the front, a fingerprint sensor, and a quick charge technology for the 4100 mAh battery. 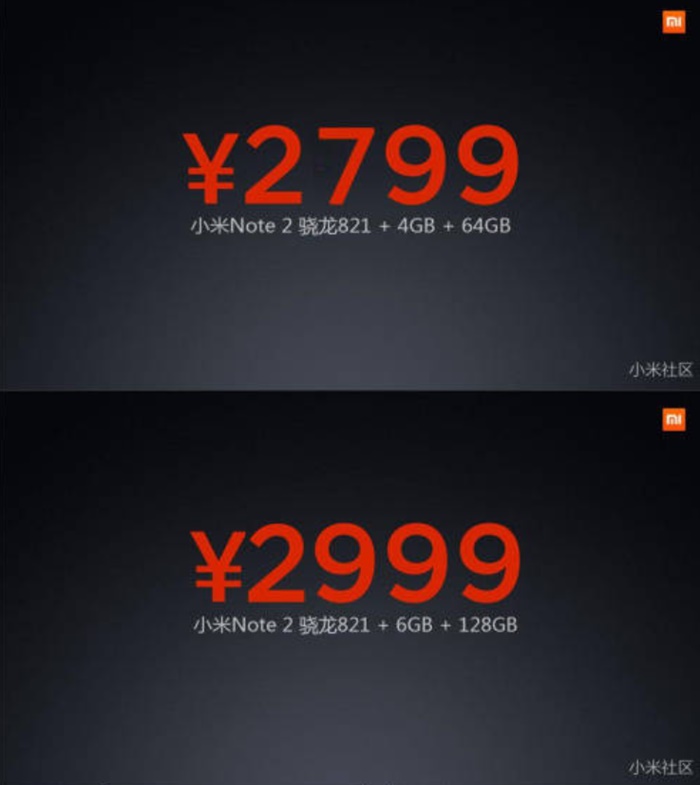 In other news, Xiaomi CEO Lei Jun also remarked that there's going to be a surprise for the fans with the Mi Note 2. We are pretty curious too, so stay tuned for that surprise at Technave.com!