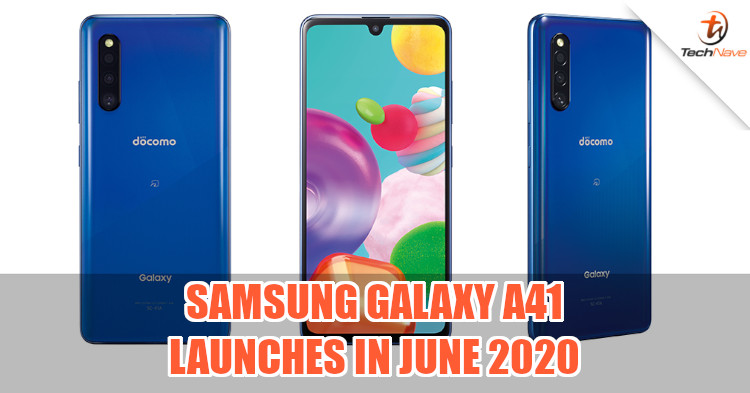 Rumours of the Samsung Galaxy A41 first started to appear around last year. But it wasn't till today that Samsung finally confirmed some of its details. The company has announced that the phone will be making its way to Japan and could be available by June 2020.

The Galaxy A41 is the successor to the Galaxy A40 and will come with a few improvements. Not only will it have a larger 6.1-inch Super AMOLED display, but it will also be powered by a more powerful MediaTek Helio P65 chipset that should be more power-efficient than the older Exynos 7885 chipset. Besides that, it's expected to have 4GB of RAM, 64GB of internal storage, and a 3500mAh battery.

Also, the Galaxy A41's rear camera will be upgraded. Instead of dual rear cameras, it'll come with a triple rear camera, consisting of a 48MP main camera, plus an 8MP ultra-wide lens and 5MP depth sensor. The front will house the same 25MP selfie camera, which is placed under the waterdrop notch. It also has IP68 dust and water resistance.

This new smartphone from Samsung will ship in blue, white, and black colours but we don't have any news on pricing yet. It also hasn't been confirmed whether the Galaxy A41 will launch in Malaysia, but we're pretty sure it will. With that said, how many of you are interested in this particular model? Let us know on our Facebook page and stay tuned to TechNave.com for more news.