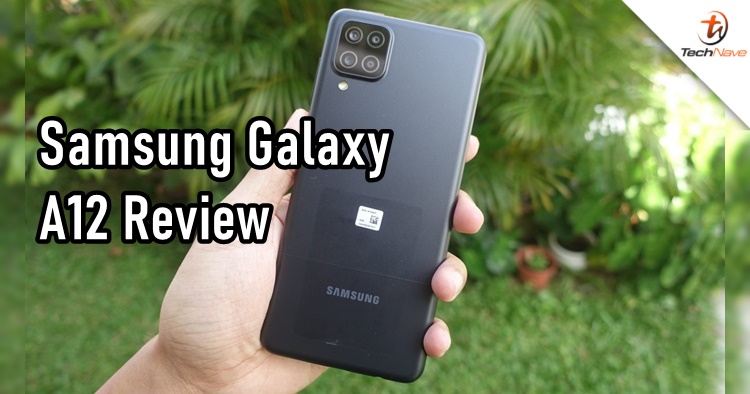 One of the earliest smartphones released this year was the Samsung Galaxy A12, which proved to be quite popular among locals. Selling for RM799, its main selling points include its quad rear camera module and 5000mAh battery.

Since it's an entry-level phone, the phone is as simple as it can get. There are plenty of other options in the same price range too, which means it faces stiff competition. So, does the Galaxy A12 have what it takes to stand out? Read our review below to find out.

At first glance, you would think the Galaxy A12's body is made in plastic, and you'd be absolutely right. It's not just any plastic though, but a high-quality type which feels solid. The model we got was in black and feels sturdy enough in hand. It doesn't attract any fingerprint smudges either, so that's nice. The back surface also has some line textures for better grip, and the rear camera bump isn't too big. 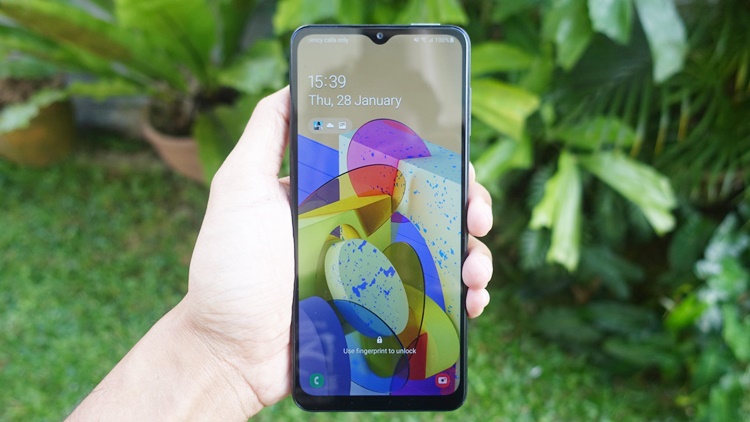 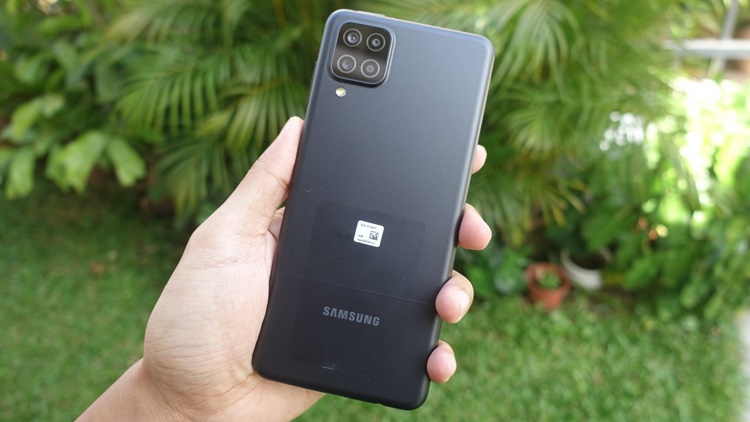 The back design and the quad rear camera 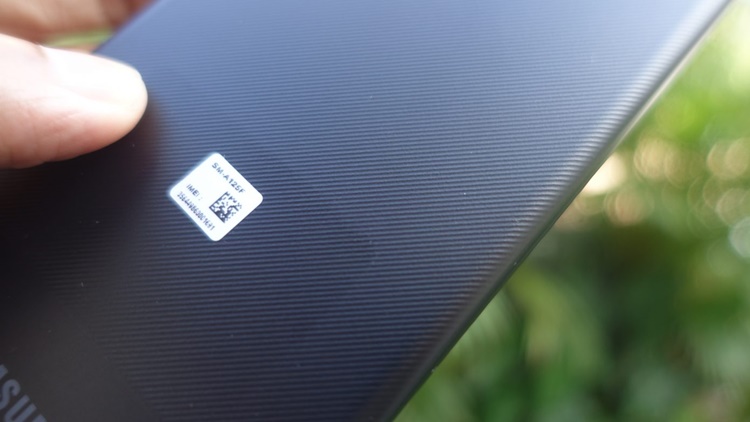 Mini line textures on the surface 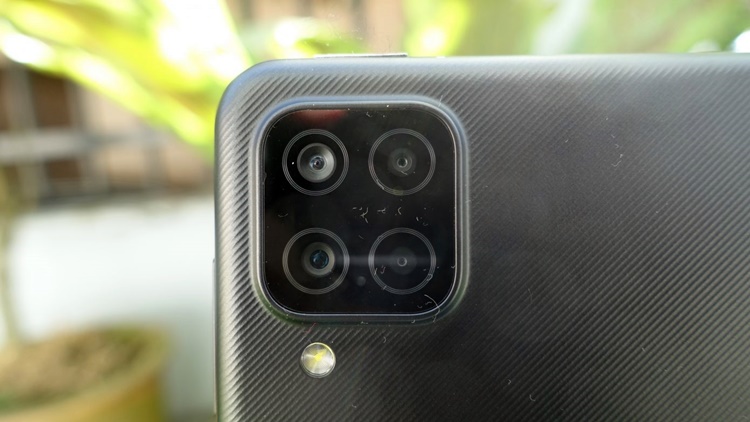 Thankfully the camera bump is not big The side-mounted fingerprint scanner and the volume button 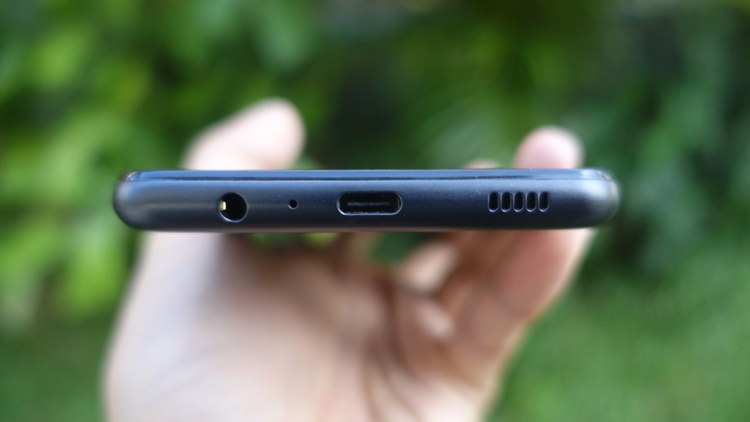 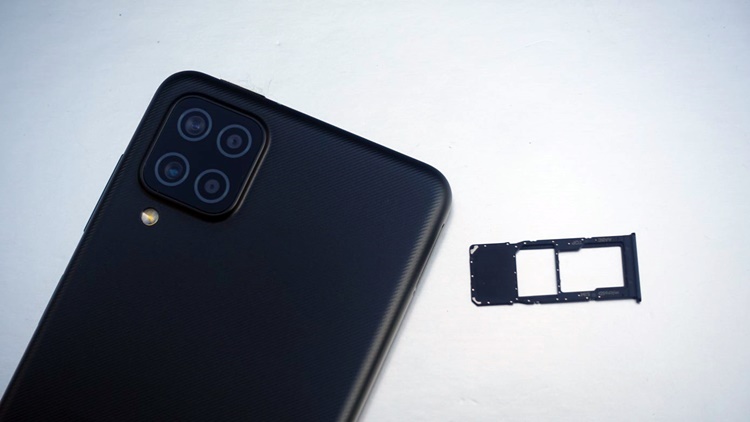 Besides that, there's nothing extraordinary about the Galaxy A12 in terms of design. Remember that this is a pretty basic phone and it is what it is. But it's nice to know that it has a hybrid SIM card slot and an audio jack.

Here are the full specifications for the Samsung Galaxy A12:

Since it's an affordable smartphone, the Galaxy A12 specs are just entry-level. But it does have some respectable specs such as the memory capacity, the quad rear camera, and a 5000mAh battery pack. Sure, the chipset is a mere Helio P35, but it's more than enough for casual users. Not to forget, it can last quite long before you need to charge it again (more on that later). 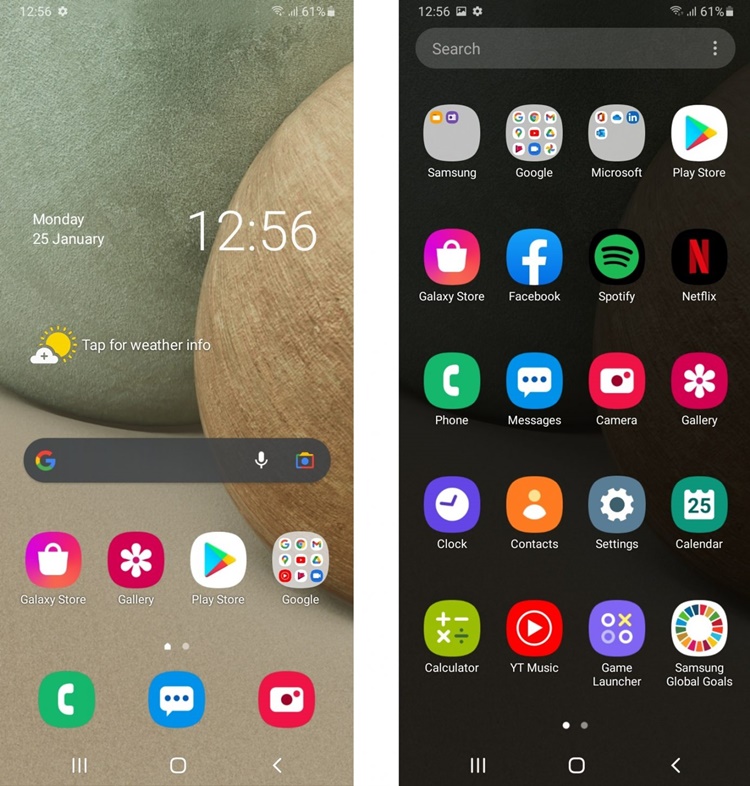 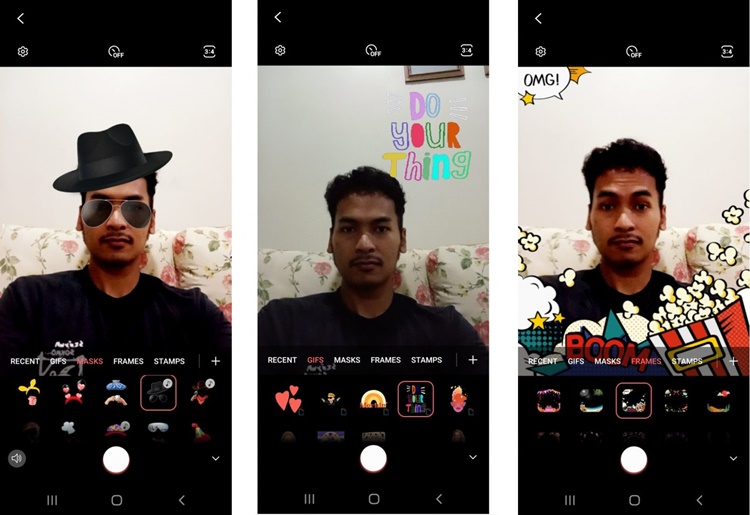 Of its various features, the HD+ resolution may be a downside for most users who are used to watching videos in 1080p or higher. Fortunately, it should still look good enough. The side-mounted fingerprint scanner is also a welcome addition. Personally, I consider it a much better option than an in-display fingerprint sensor. This phone also has a lot of bloatware installed inside. However, they are all kept inside a folder, so you won't really notice them.

Performance - Not for mobile gaming

We already mentioned that this phone uses the Helio P35 chipset, so don't expect the Galaxy A12 to play graphics-intensive mobile games. The benchmark scores on AnTuTu and Geekbench are low, but how was the daily experience? Well, if you're just replying to messages, browsing websites, surfing Facebook and streaming YouTube, then it'll do just fine.

For those who absolutely want to play some mobile games, it's only possible at low settings. For games like COD Mobile or PUBG Mobile, you have to set it to low graphic quality with no options enabled. On the bright side, this guarantees that you can play them at 60FPS and 30FPS respectively. As for Genshin Impact, don't even think about it. 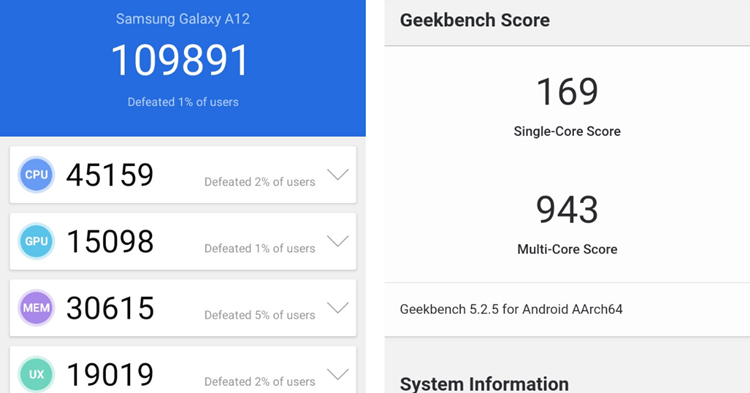 If you can live with low graphics quality, then good for you 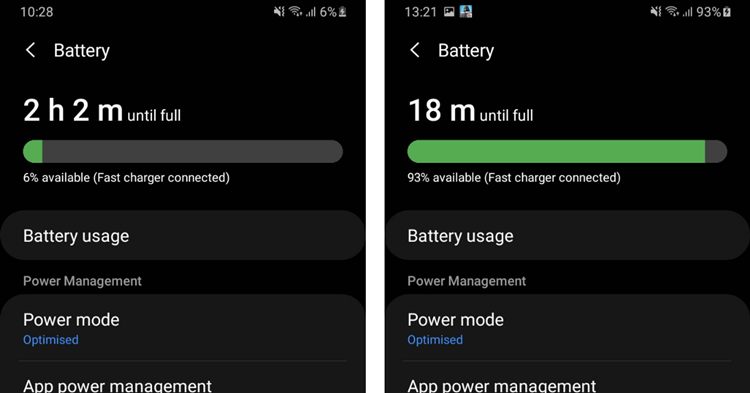 In terms of battery, the Galaxy A12 can actually last up to two days. And if you use the camera and play a lot of mobile games, it could still have around 30-40% at the end of the day. As for the charging duration, the 15W charger can fully charge the phone within two hours. Oh, one more thing - there's actually Dolby Atmos installed inside, but it's only enabled for earphones. Unfortunately, it doesn't seem to make a lot of difference, except for a slight increase in bass.

Moving on to the camera, the Galaxy A12 has surprisingly decent performance. Most of the photos taken turned out well, though they were not perfect. Some of the pictures didn't look nice on the screen. But that's because the display only supports 720p, so it's a different story if you look at it from a 1080p display. Samsung's trademarked Live Focus is present too and overall quite good. You can check out our photos below! 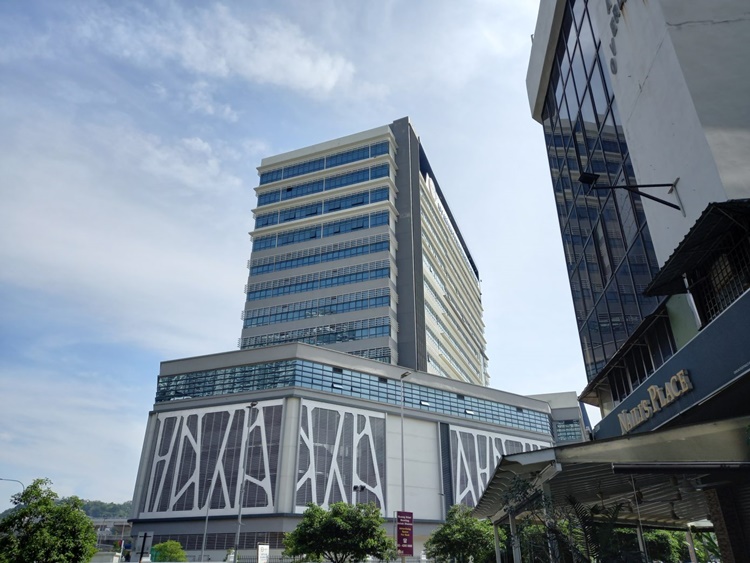 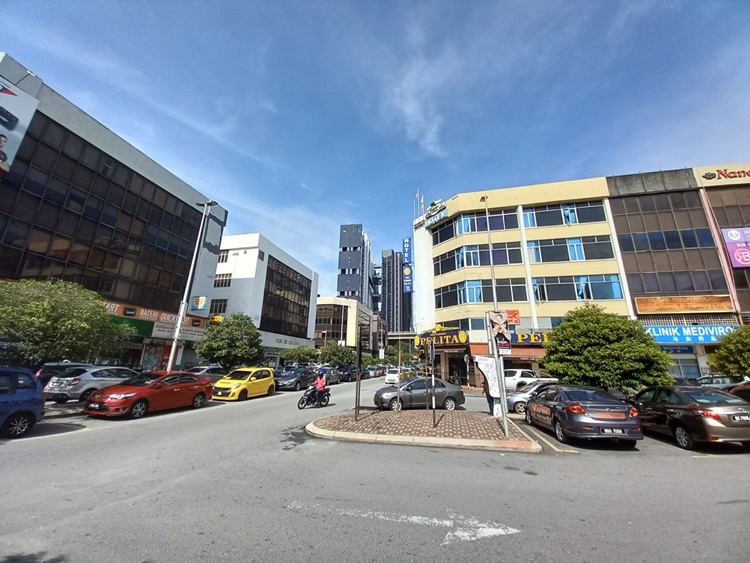 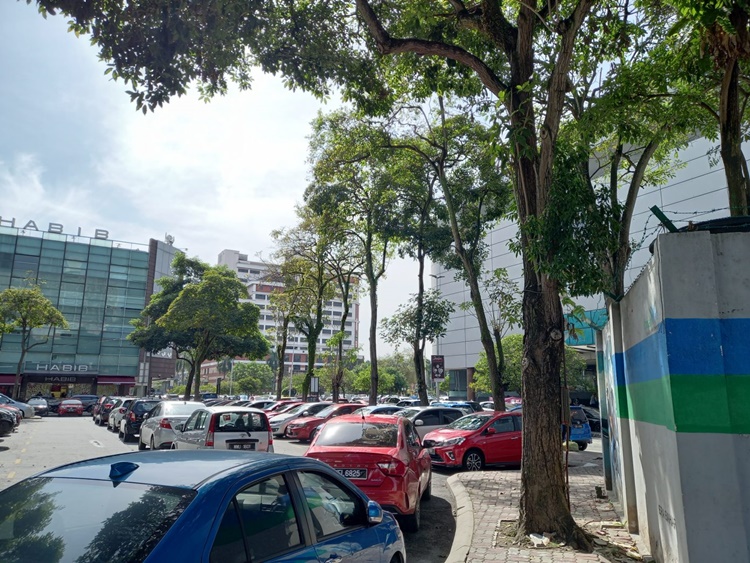 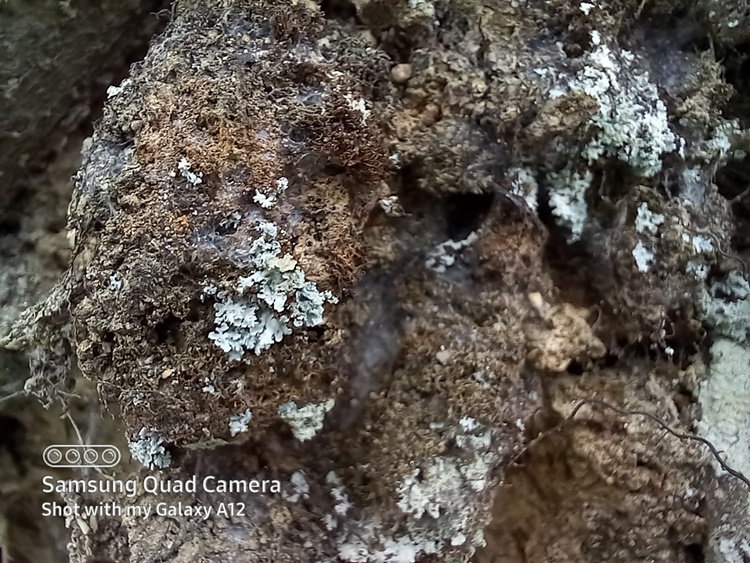 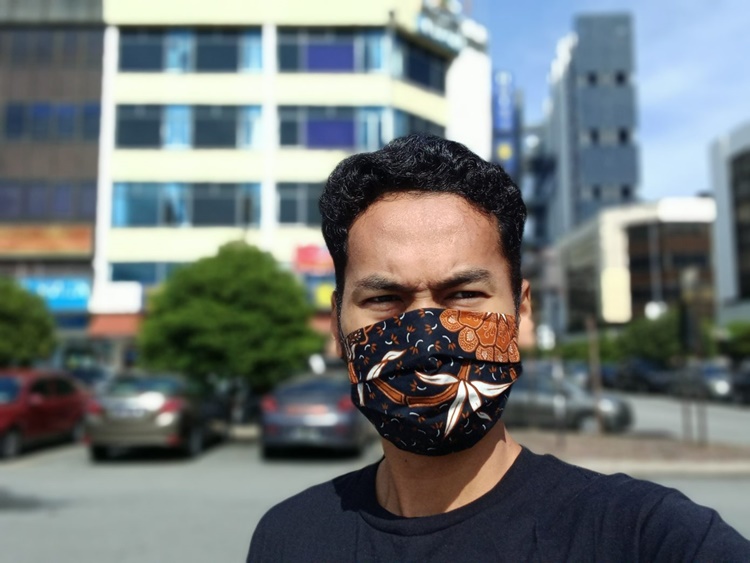 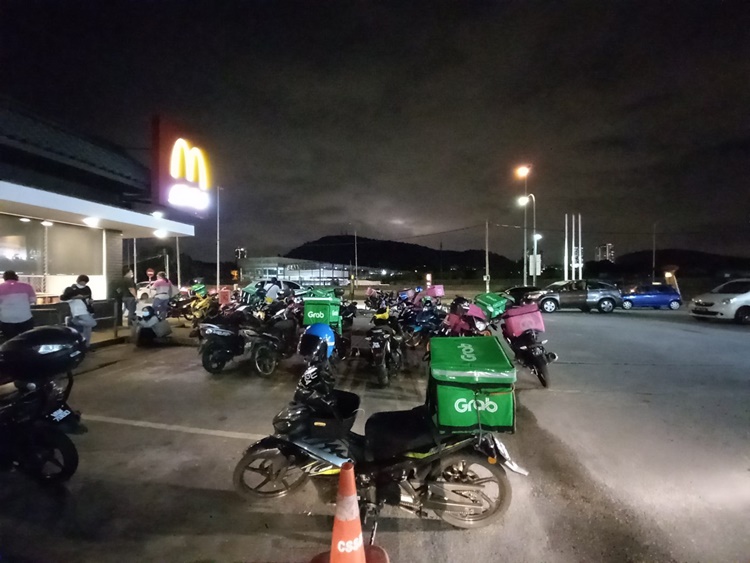 In most night shots, the light can be quite glaring and overexposed 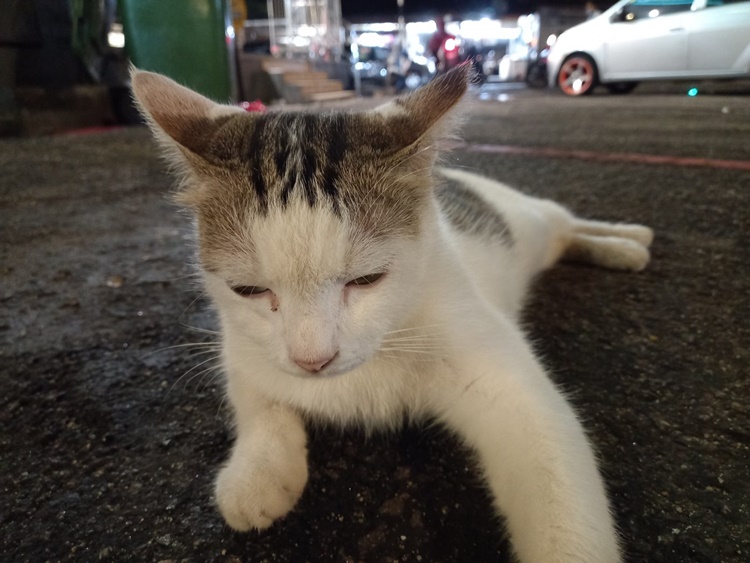 Conclusion – A good device but faces stiff competition in the market

Overall, the Samsung Galaxy A12 is satisfactory as long as you use it casually. Its best selling point is none other than the battery, of course, which can last up to two days and the camera performance is satisfactory. However, it faces tough competition from other phones, which are cheaper yet deliver similar or superior specs.

For instance, the POCO M3 is just RM559 but comes with a Snapdragon 662 chipset, 6000mAh battery, and a rather charming leather-like design. Then there's the Redmi 9T, which also has the Snapdragon 662 chipset but is priced at RM599. As a result, it's tough to recommend the Galaxy A12, especially to people on a budget.

But what do you folks think? Let us know in the comments below and do stay tuned for more tech gadget reviews at TechNave.com.