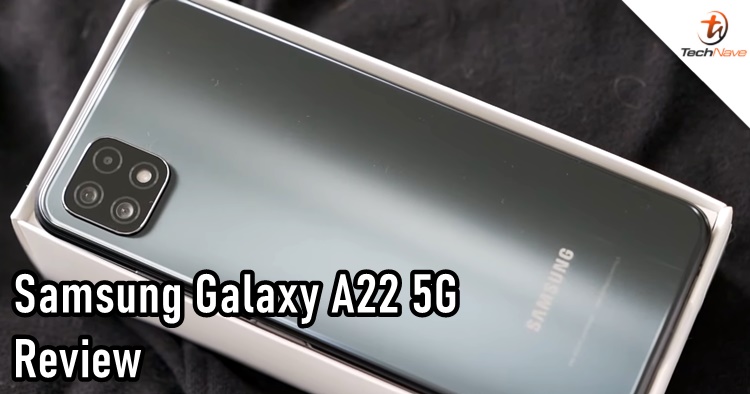 As a mid-range device, the Galaxy A22's design is as plain as it could be. The "mahjong" shaped camera bump looks good enough, but the phone's body itself is obviously plastic. Fortunately, it feels solid enough to the touch, giving a sense of quality when held you hold it. Since it weighs 203g, it won't slip out of your hand easily either. Besides the fancy colour selections (like mint and violet), there's not much to say about the design. 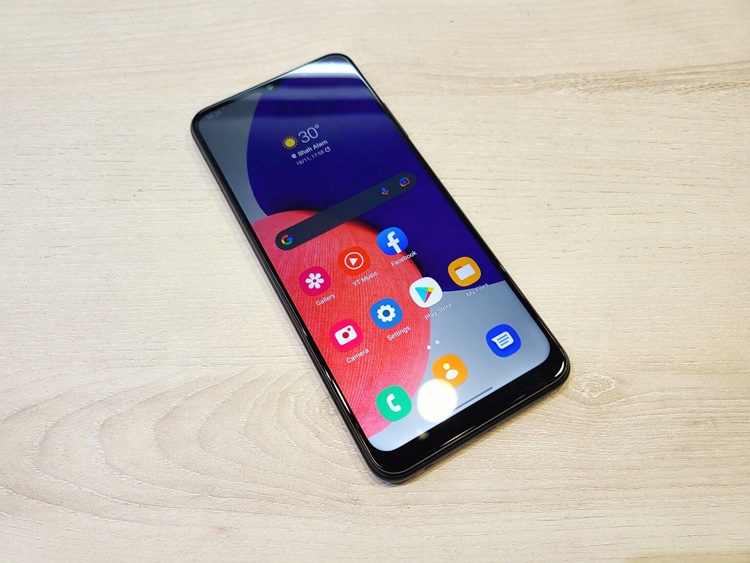 The colour presentation on the Infinity-V display is alright, it supports a 90Hz refresh rate too 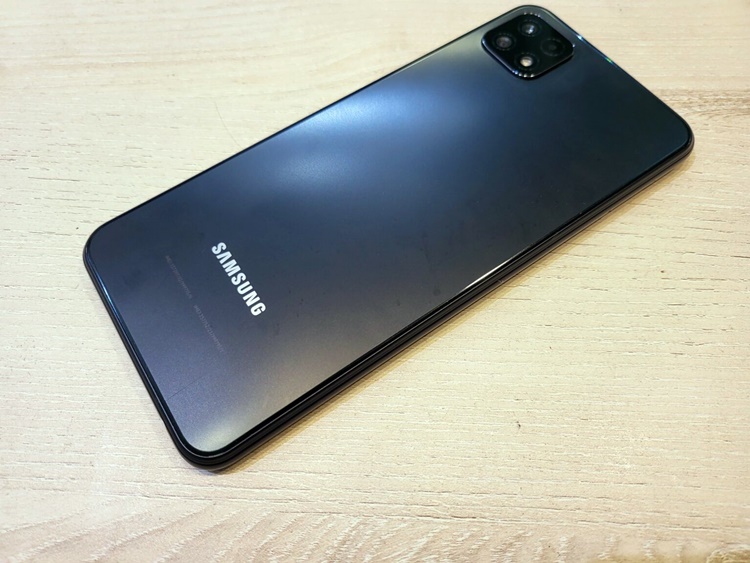 It feels comfortable enough to hold, consumers should favour the mint and violet variant a lot more than this black one 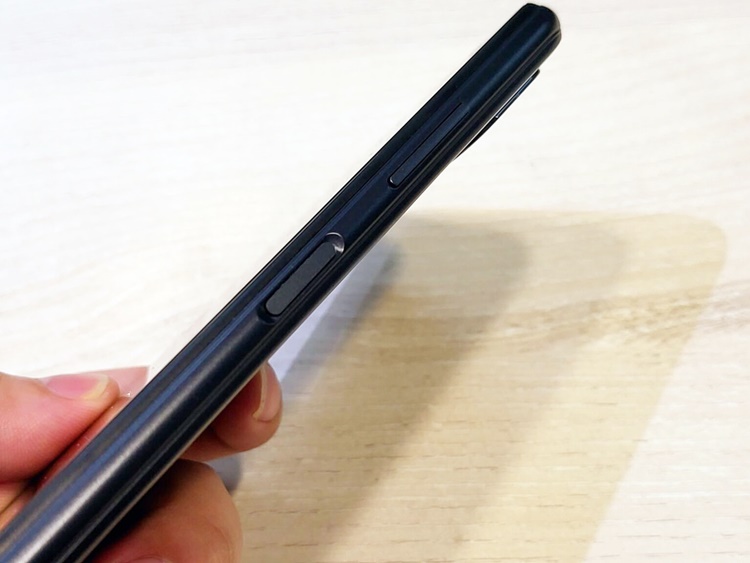 Here's the list of the Samsung Galaxy A22 5G tech specs: Moving on, the Galaxy A22 5G has a mix of entry-level and mid-range tech specs. In other words, you won't be getting anything fancy like the AMOLED screen that's available on high-end Galaxy A variants. The battery pack is 5000mAh, but it only supports 15W fast charging technology. There's no NFC connection either, so you can't even use Samsung Pay. Having said that, you are guaranteed future software updates such as the OneUI 4 in June 2022, so that's something.

As it uses a simple triple rear camera setup of 48MP (main) + 5MP (ultrawide) + 2MP (depth), the camera functions are quite basic. It doesn't have a 2x zoom button in the camera UI, but at least you can find night mode, portrait mode, food mode, and even a pro mode that has settings like ISO. While there's only a single speaker, the 3.5mm audio jack actually supports the Dolby Atmos sound system as a bonus. 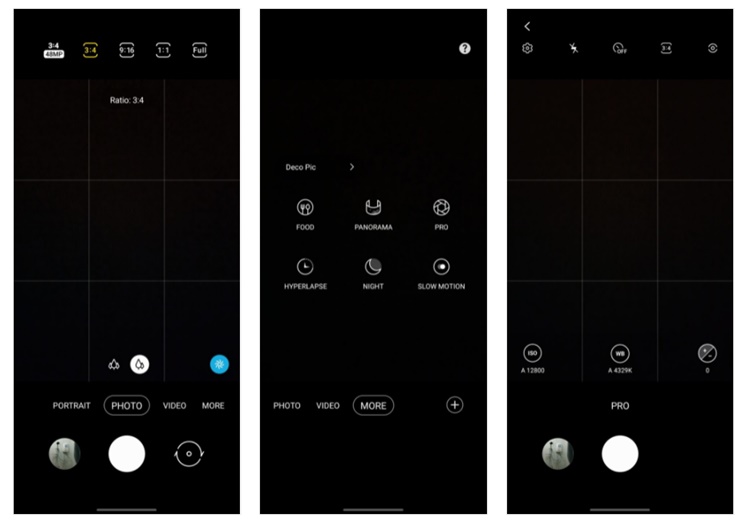 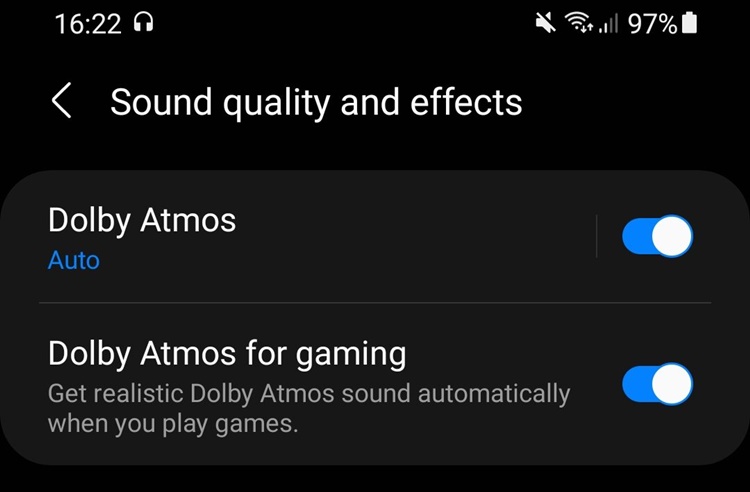 Performance - Stable but don't expect so much

Since the Galaxy A22 5G uses the modest Dimensity 700 5G chipset, you shouldn't expect much CPU performance. Having said that, it's good enough for daily use and social media, even if it's not the King of benchmarks. Some apps may feel slow, but once everything is loaded, everything should run smoothly.

Of course, graphically intense mobile games like Genshin Impact and Asphalt 9 won't run that well on the Galaxy A22 5G. Even for PUBG Mobile and COD Mobile, the game's settings will default to low. The gameplay experience is still fine, but you will have to get used to the low graphics settings. If you're playing casual games like Among Us or other APK games, then you shouldn't have any issues. 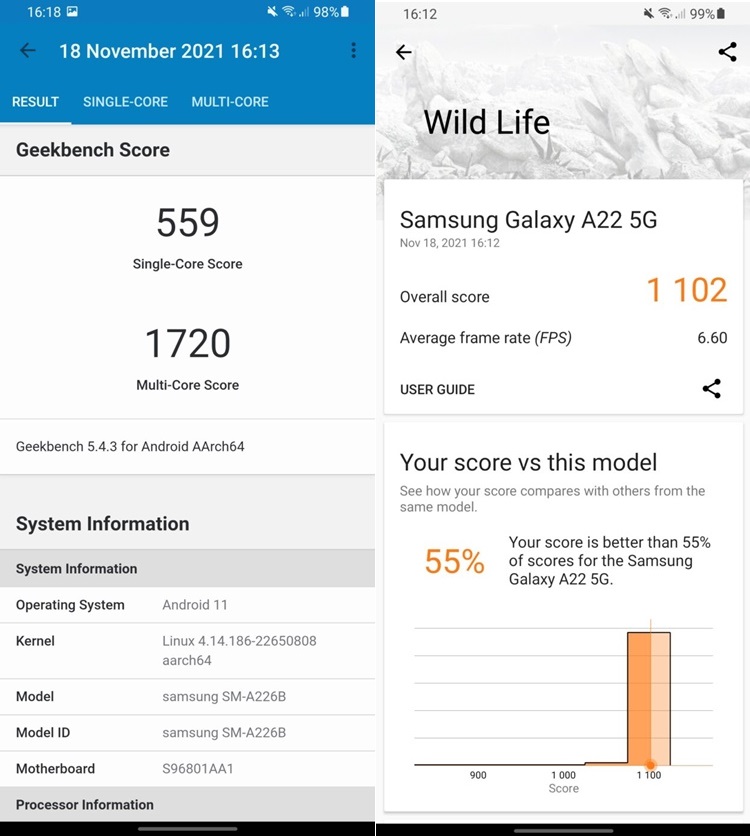 On the bright side, this also means that the Galaxy A22 5G won't ever feel hot in your hands. Without heating up the chipset or battery, the battery life can also last much longer - up to two days before it needs recharging. However, since it only supports 15W fast charging, it can take a bit longer for it to be fully charged.

As for the photography, the Galaxy A22 5G is quite decent as long as there's sufficient lighting around. How about at night or low-light environments, you ask? Well...we didn't have many expectations about it this time. Nonetheless, check out the photos below. 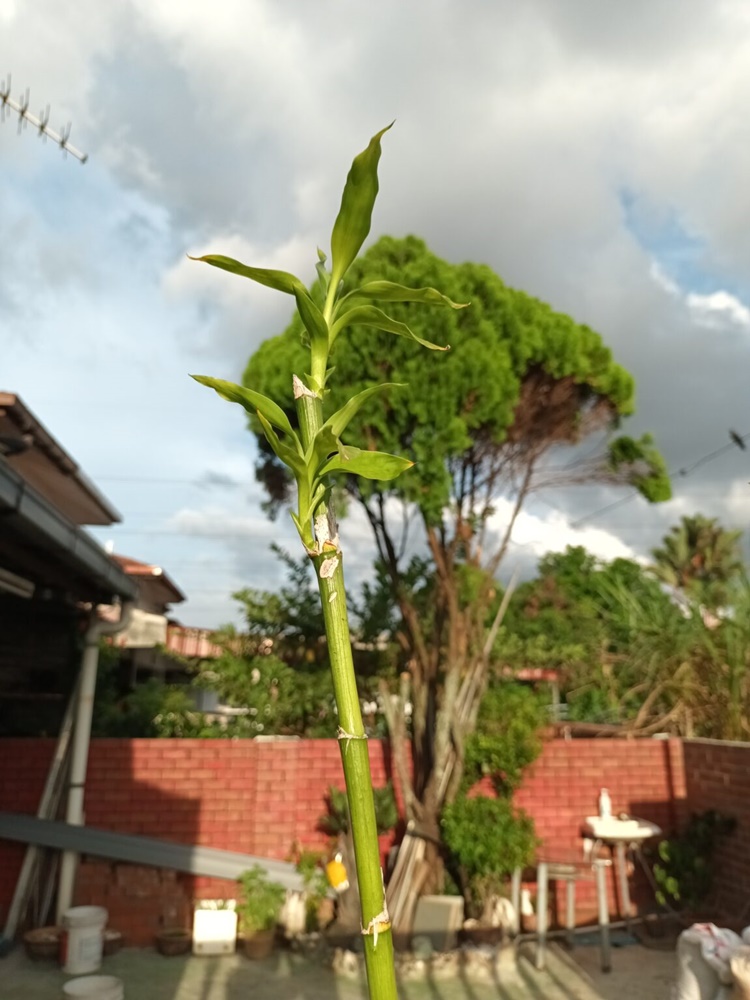 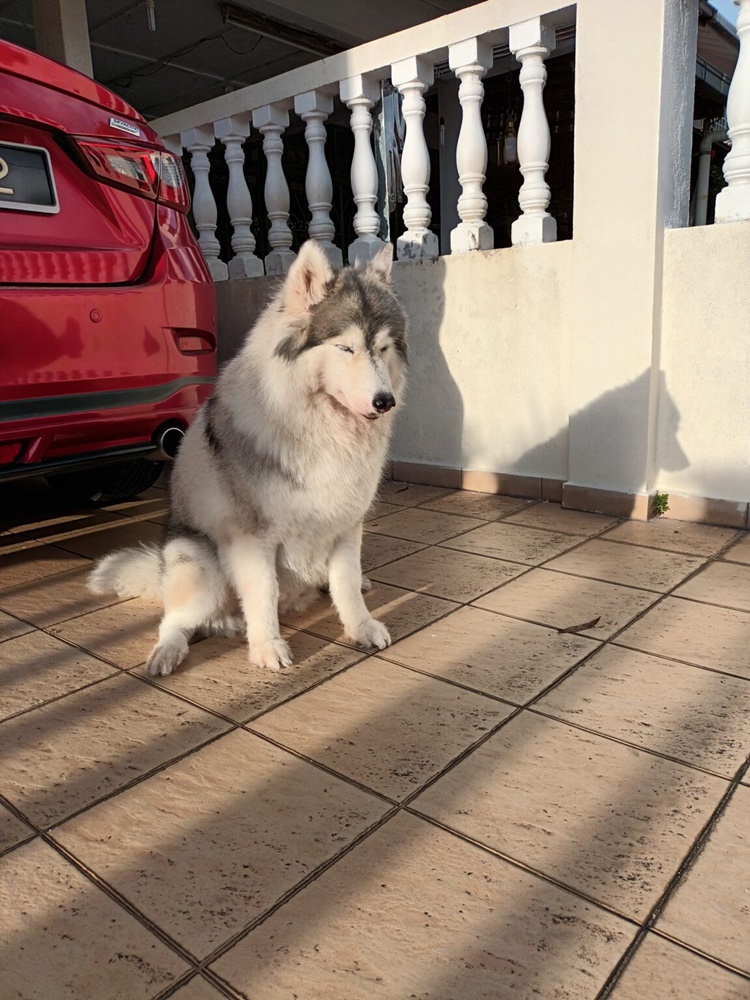 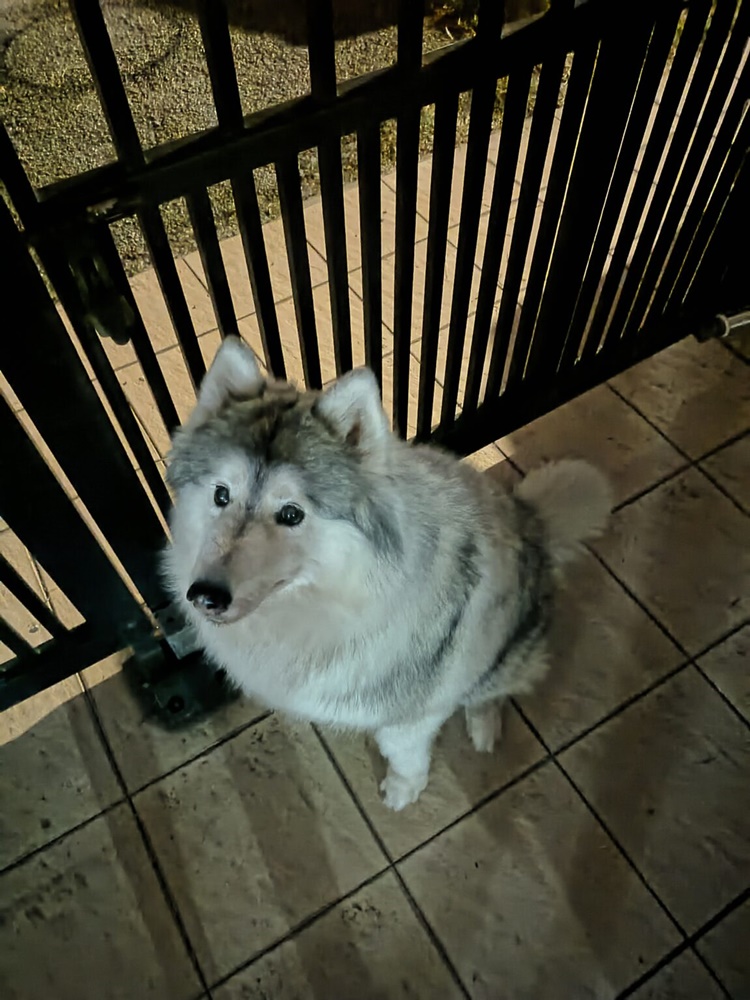 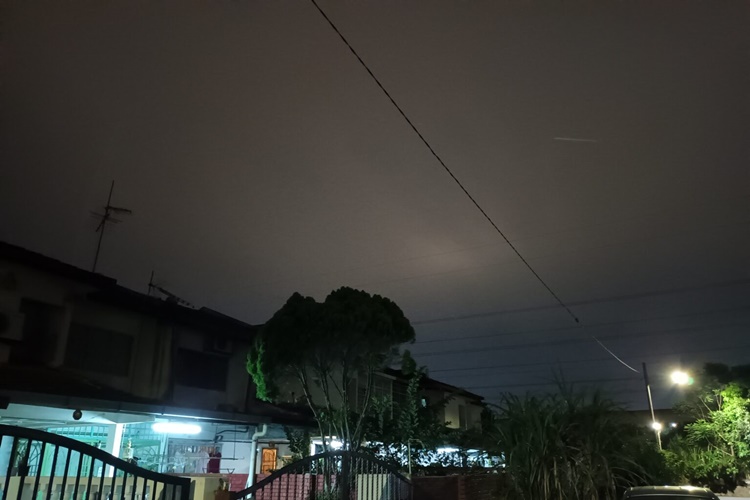 Visible noise from a night shot As long as there's light, the photos will look alright

On the other hand, selfie shots are not bad

At RM999, the Galaxy A22 5G is a pretty basic phone with 5G connectivity. 5G isn't available in Malaysia yet, but this phone should still function well in that regard (on paper). However, this phone isn't easy to recommend despite the 5G perk. This is because there's a 4G variant that's cheaper by a hundred Ringgit Malaysia and has similar performance (or arguably better) with the Mediatek Helio G80 chipset.

That's our take on the Samsung Galaxy A22 5G. What do you think, and do you agree with our review? Let us know in the comments below, and stay tuned for more tech gadget reviews at TechNave.com.