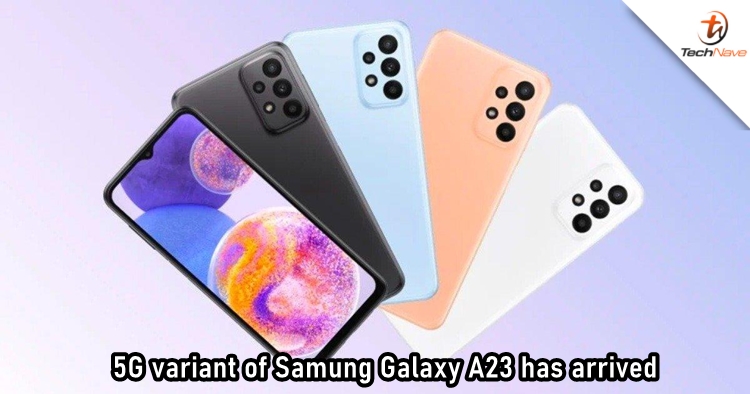 Samsung has finally launched the Galaxy A23 5G after seeing a few rumours of the device earlier this year. The 5G variant features a Qualcomm Snapdragon 695 chip and other tech spec changes. Read on to find out what it offers!

The device sports a 6.6-inch LCD panel with an FHD+ resolution, which is the same as the one on the 4G variant. However, the previous model came with a 90Hz refresh rate and Gorilla Glass 5, and it hasn't been confirmed yet whether these are on the new one. Under the hood, there's a 5,000mAh battery with support for 25W fast charging.

Furthermore, the rear camera setup brings four cameras in total. There is a 50MP primary module with an f/1.8 lens and Optical Image Stabilization (OIS), alongside a 5MP ultra-wide (f/2.2), plus a pair of 2MP modules for macro and depth data. Meanwhile, the front has an 8MP selfie camera housed in a waterdrop notch. Other features include expandable microSD card slots up to 1TB, OneUI 4.1 based on Android 12, and more.

Samsung hasn't revealed the pricing details, but we know that the Galaxy A23 5G can get configured with 4GB, 6GB or 8GB of RAM and 64GB or 128GB of storage. The device could appear in the European and Indian markets first.

What do you think about the 5G variant of Galaxy A23? Leave a comment to let us know your thoughts, and stay tuned to TechNave.com for more smartphone launch coverages.