Current Location: Home > News > Samsung Galaxy A30S and A50S could start from as low as RM899 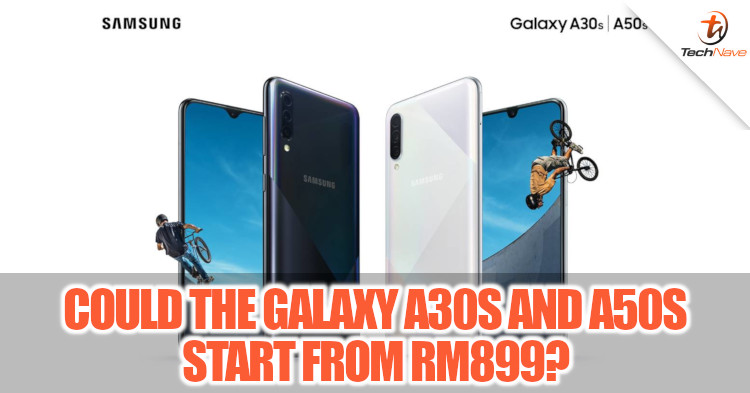 Recently, a Facebook page by the name of Five Five IT made a post which revealed the pricing of Samsung Galaxy A30S, as well as the Galaxy A50S. Based on the post, both the devices will start from the price of RM899 and RM1299 respectively.

But that’s not all, it seems that a shop on Lazada also revealed that the pricing of both devices that is currently listed on their product page is exactly the same as the Five Five IT page mentioned above. Based on our previous coverage, both the devices will come with a single front-facing selfie camera which is fitted inside the Infinity-U display notch and triple camera setup in the rear. 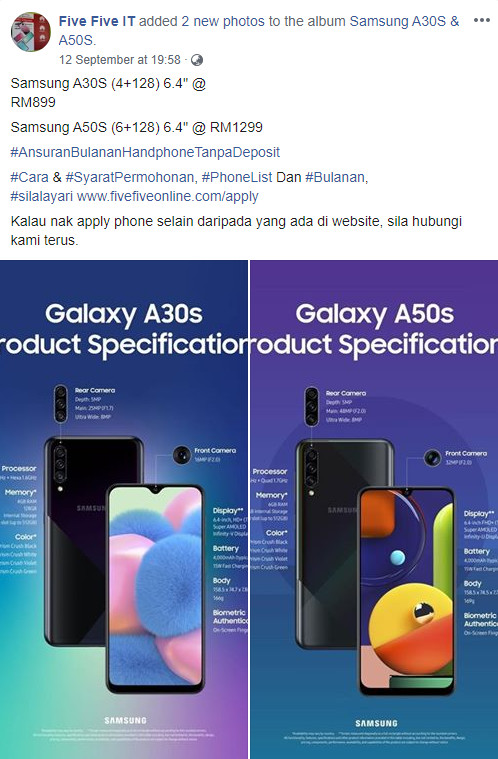 This is a telltale sign that the Samsung Galaxy A30S and the Galaxy A50S could be priced at RM899, and RM1299 respectively during the launch, which is happening on 17 September 2019. What do you think about the price of both the Galaxy devices mentioned above? Let us know on our Facebook page, and for more updates like this stay tuned to TechNave.com.