Samsung Galaxy A42 5G with flagship-level features at only RM1599? 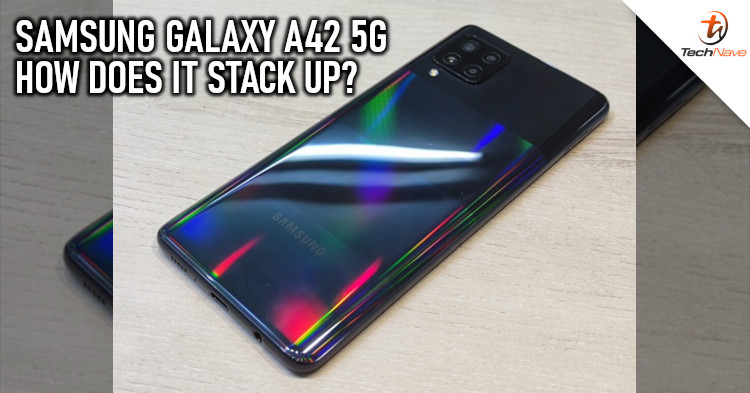 When Samsung released the Samsung Galaxy A42 5G, it was the first mid-range smartphone in Malaysia to come equipped with 5G capabilities for the price of RM1599. Not only that, but it also comes with a relatively powerful Snapdragon 750 chipset and a 5000mAh internal battery, which is not too shabby considering its price.

With all that being said, I'm sure many of you are curious as to how well the smartphone stacks up when it comes to features. Let's have a closer look, shall we? 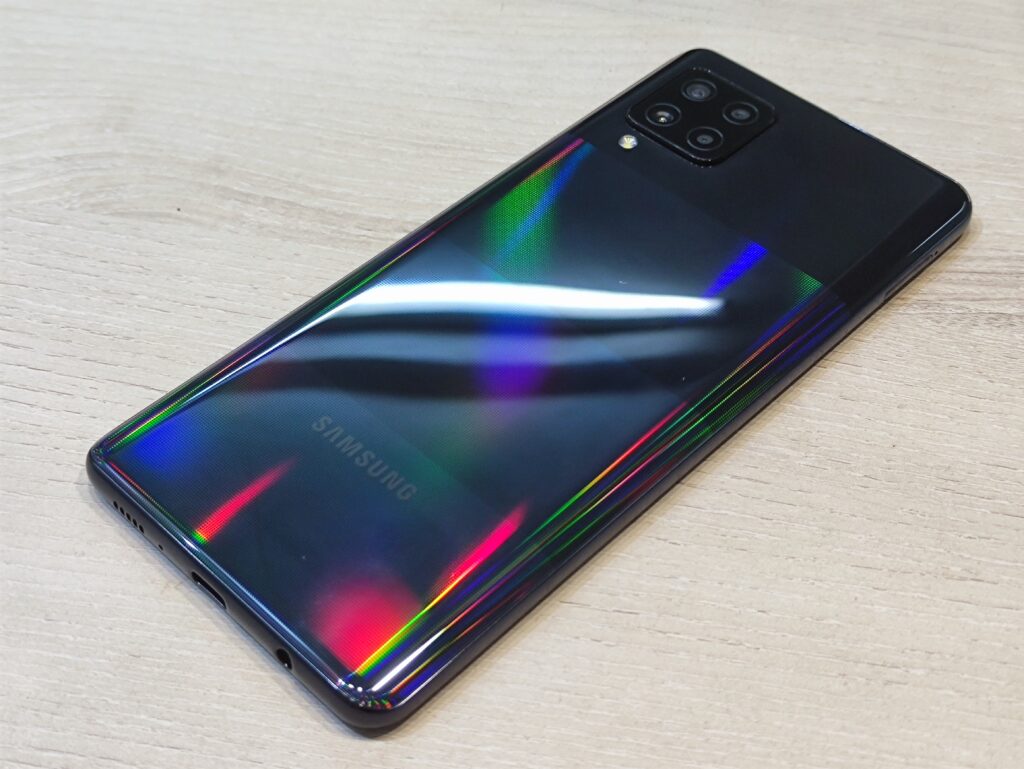 Look at that rainbow! 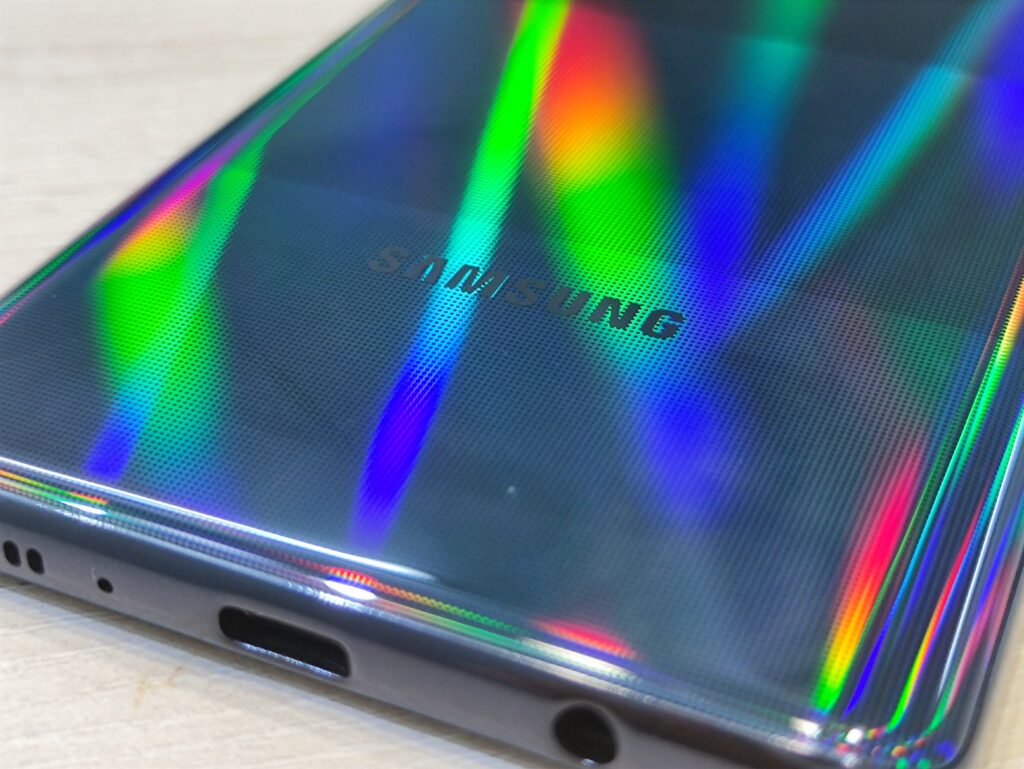 If you look closely, you can see a bunch of dots! 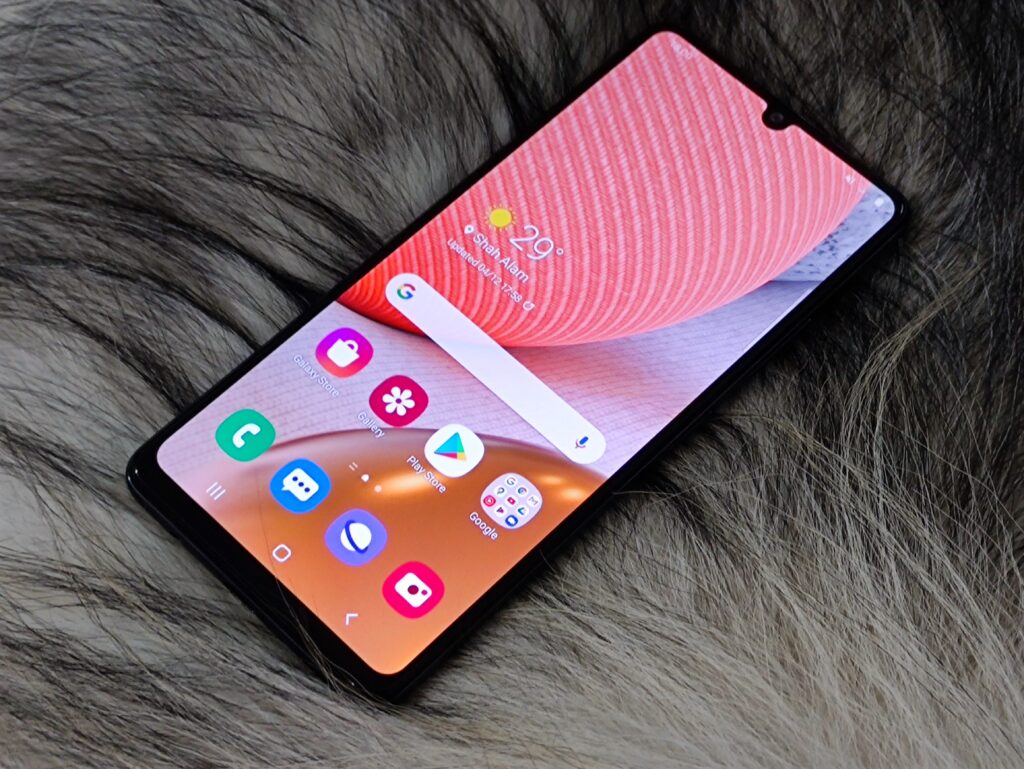 Unlike other Galaxy A series smartphones, the Galaxy A42 5G's design is quite different. It has a square camera module at the back, which houses all 4 rear cameras, as well as a single LED flash, slightly below it. If you look closely at the rear of the phone, you can see dots arranged in a grid-like fashion, which gives it a clean and visually pleasing look.

Not only that, but depending on how you angle the smartphone, you can see a rainbow reflecting off the back, giving it a more premium look. Moving onto the Super AMOLED screen at the front, the Galaxy A42 5G comes with the Infinity-U notch, which is where you will find the front-facing selfie camera. The phone also has a much higher screen-to-body ratio thanks to the notch and thin bezels. 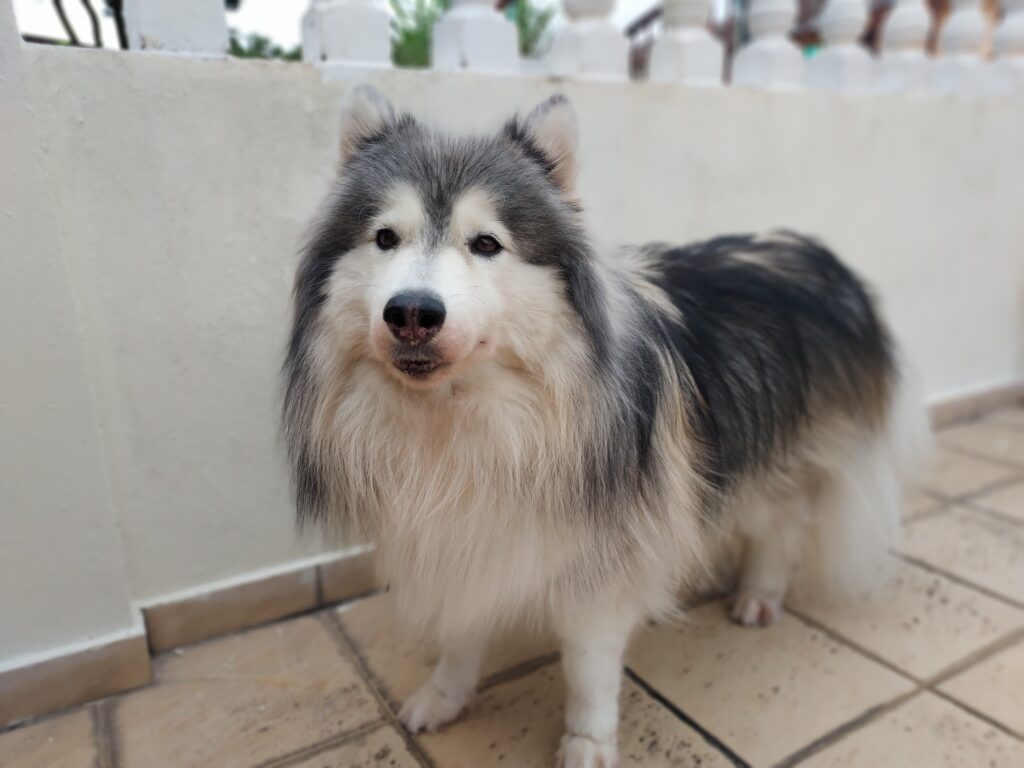 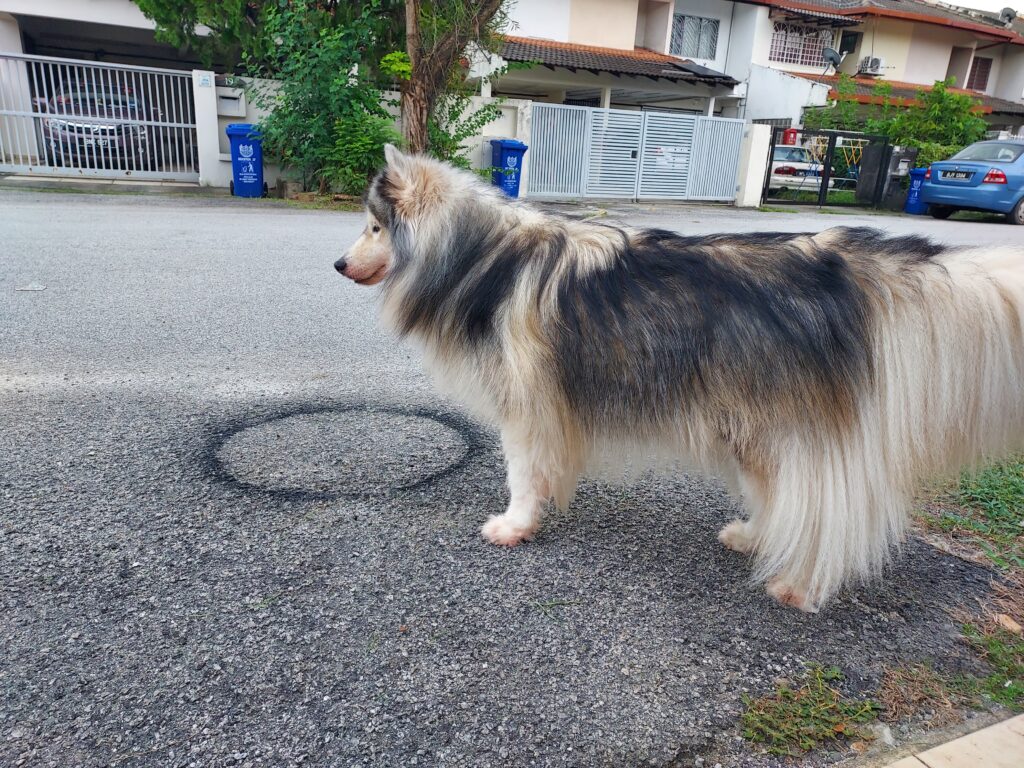 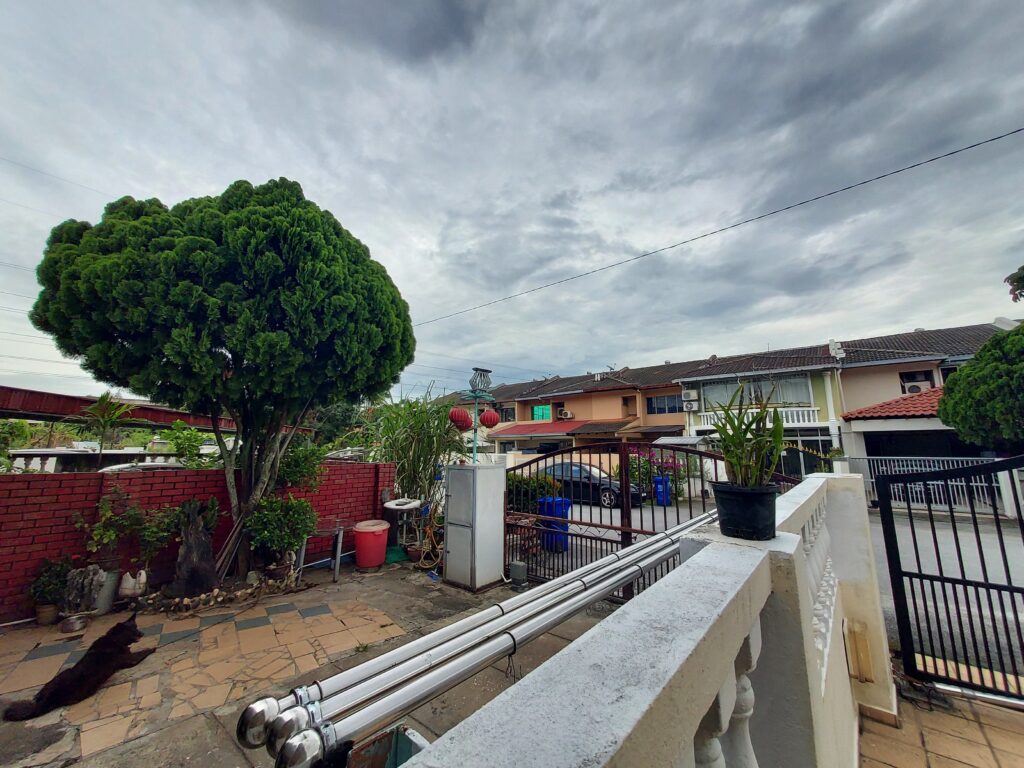 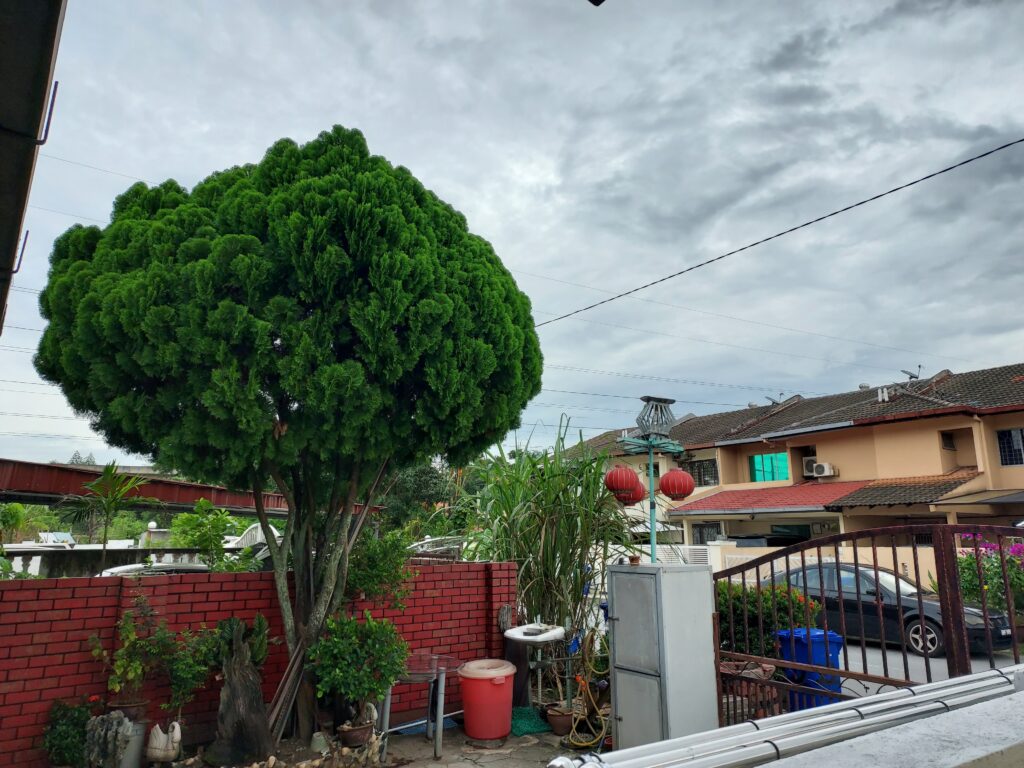 The Samsung Galaxy A42 5G has a 48MP + 8MP + 5MP + 5MP camera setup at the back, which is quite surprising given that fact that it is a mid-range smartphone. Thanks to cameras, this phone is more than capable of taking all kind of pictures ranging from sceneries, landscape, portrait, etc.

As for the front, the 20MP camera sensor is perfect for taking high-quality selfies. The phone also has the Live Focus portrait mode, which can help bring your selfie game to the next level.

As for the internals, the Galaxy A42 5G comes with the Snapdragon 750G chipset, which not only has superior performance compared to the Snapdragon 730 but also comes with 5G support. Want to be among the first to have 5G access in Malaysia? Then this phone could be the right option for you.

In terms of battery life, its 5000mAh battery is more than enough to last up to 2 days before needing a recharge. A full recharge would only take about an hour too, thanks to the 15W fast-charging. 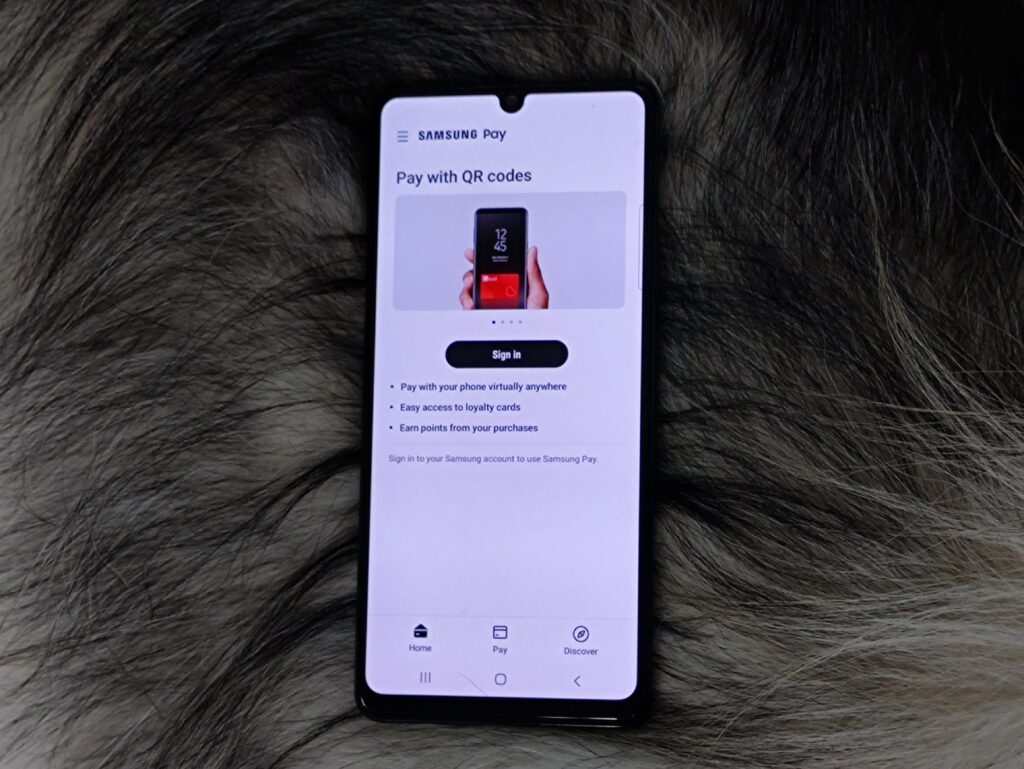 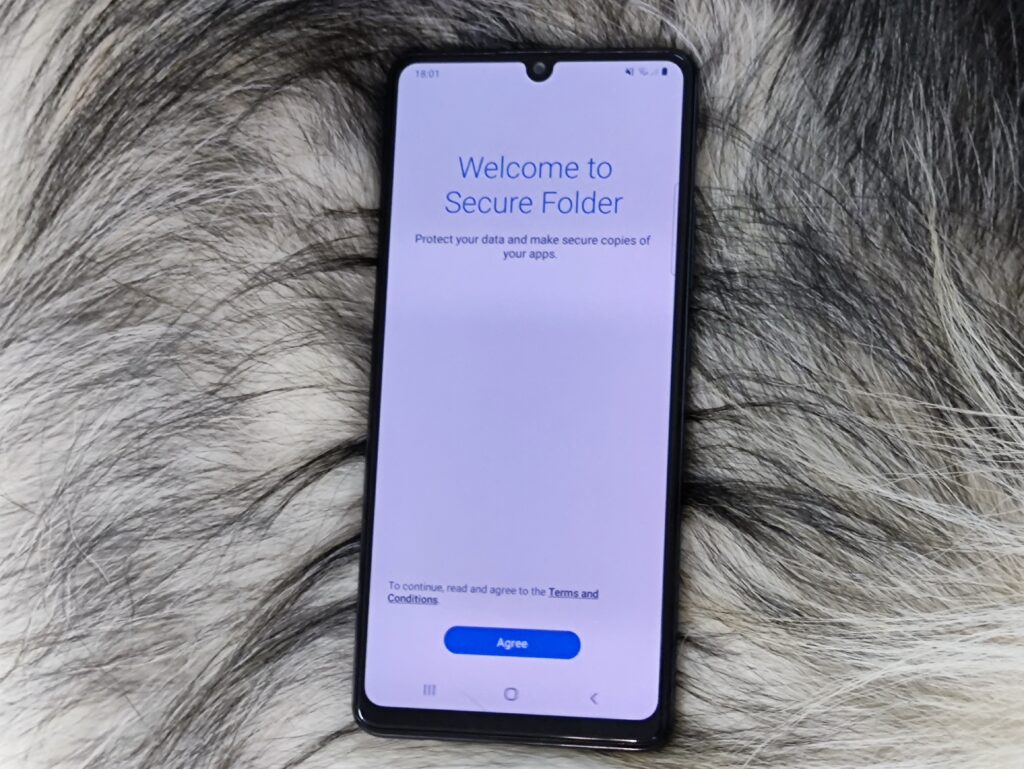 Flagship-level security on a mid-ranged smartphone

Although it's a mid-range smartphone, the Galaxy A42 5G comes equipped with features that are only available on Samsung’s flagship smartphones. Specifically, it has features like Samsung Pay, which lets you perform transactions by tapping the phone on a payment terminal. This is more convenient than having to dig out your credit card from your wallet.

In addition to that, the phone comes with the Samsung Knox feature, which is usually available on Samsung flagships only. It allows users to safely store personal data onto the smartphone, so it's particularly suitable for high-ranking business execs. With Knox, you can prevent information stored in the smartphone from being easily leaked.

If you’re interested in getting the Samsung Galaxy A42 5G, you can get it from the official website. For your information, those who buy the phone can get a free 2-month subscription to YouTube Premium.

Would you be getting a Samsung Galaxy A42 5G anytime soon? Let us know on our Facebook page and for more updates like this, stay tuned to TechNave.com.