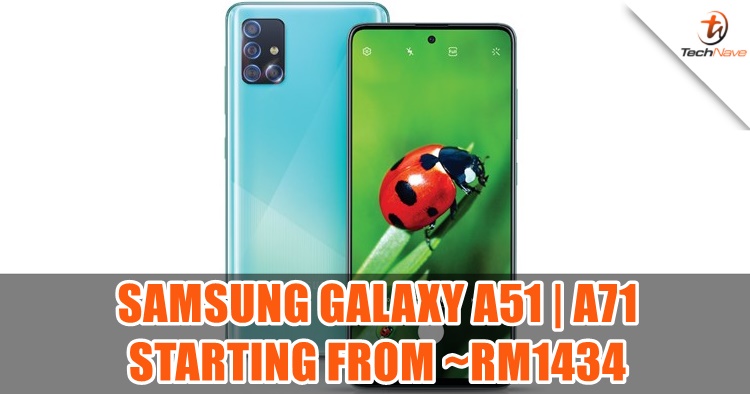 Just when you thought smartphone brands will be taking a break for the holiday season, Samsung have recently announced two new members of the Galaxy A (2020) series again. Introducing the Galaxy A51 and Galaxy A71, these two devices looks have a quad rear camera setup and a central Infinity-O cutout camera. Here's what we know so far about the tech specs and features.

Starting with the Galaxy A51, it features an Exynos 9611 chipset, 8GB of RAM, 128GB internal storage with an expandable memory up to 512GB. Thanks to the Infinity-O cutout, the Super AMOLED screen panel measured 6.5-inches with Full HD+ resolution and an under-display fingerprint reader. 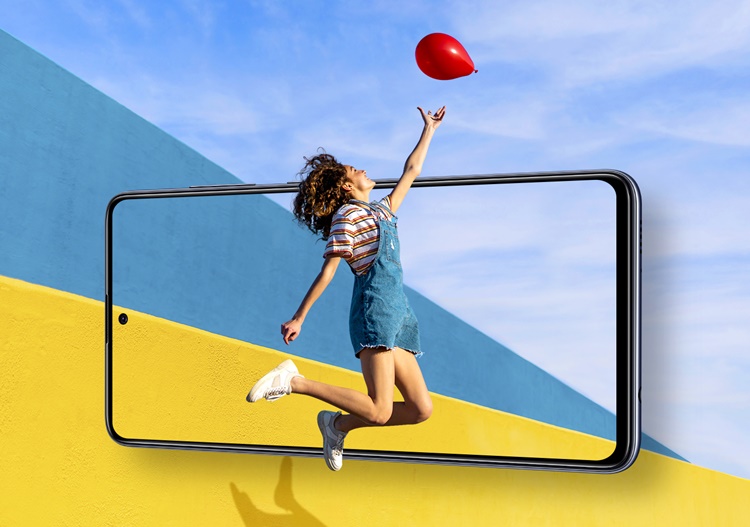 Meanwhile, the Galaxy A71 is more or less the same but with some tech specs differences. It carries a Snapdragon 730 chipset, a 64MP as the main camera, a 6.7-inch Super AMOLED display, and a 4500mAh battery pack with 25W fast charging support. The rest of the tech specs remains the same.

As for colour options, there are four of them - Prism Crush Black, Prism Crush White, Prism Crush Blue, and Prism Crush Pink. So far, only the Galaxy A51 has a price tag starting from VND 7,990,000 (~RM1434) and nothing on the latter for its availability.

The design on the new Galaxy A51 and A71 could look like a new thing for future Samsung Galaxy devices, but what do you think? Stay tuned for more Samsung news at TechNave.com.