Current Location: Home > News > Samsung Galaxy A52s will have 128GB storage and arrive in 4 colours, might retail for ~RM2251


Samsung Galaxy A52s will have 128GB storage and arrive in 4 colours, might retail for ~RM2251 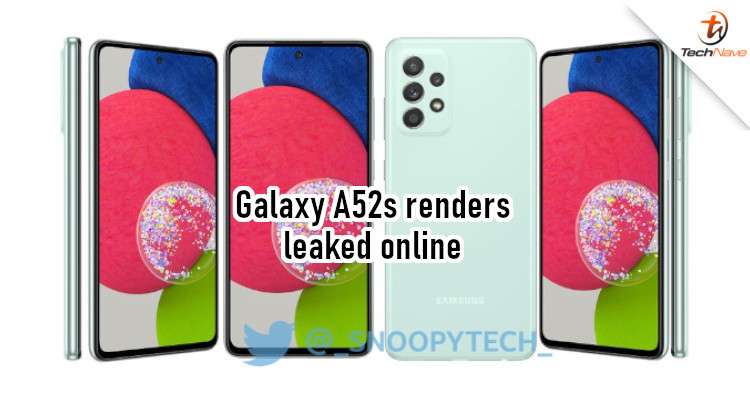 Last week, the new Samsung Galaxy A52s was spotted on Geekbench. This device is expected to be better than the other Galaxy A52 variants, though only a few basic specs have been revealed. But sources have revealed some renders of the new variant online.

Renders for the Samsung Galaxy A52s were provided by @_snoopytech_, who claimed that the device would be available in black, mint, purple, and white colours. Besides the colours, the phone has the same design as the Galaxy A52 and Galaxy A52 5G. It has a quad-camera module at the back, a single front-facing camera, and the usual buttons on the right side.

In terms of specs, the Galaxy A52s is expected to come with the Snapdragon 778 chipset, 8GB of RAM, 128GB of storage, and a 4500mAh battery. It should also have the same 6.5-inch Super AMOLED display with a 120Hz refresh rate, under-display fingerprint sensor, and 25W fast-charging support. The phone will allegedly retail in Europe for 450 Euros (~RM2251), but expect the local price to be lower - maybe between RM1999 to 2099.

Samsung will probably aim to launch this in 1-2 weeks after the Galaxy Unpacked event, so we can expect more details to be unveiled soon. With that said, would you be interested in getting this mid-range device? Let us know in the comments, and stay tuned to TechNave for more news like this.