Fresh from the official launch of their Samsung Galaxy A7 (2017) and Galaxy A5 (2017), we managed to get some time with both phones, taking them for a spin and checking out the features. Taking a big step forward (which will probably result in many others following in their footsteps) the new Galaxy A (2017) phones feature IP68 water and dust resistance, 16MP front and back cameras and support for Samsung Pay. Check it out below:

While the tech specs do not actually list a gyroscope, the video below clearly shows that Pokemon Go in AR mode works fine, indicating a gyroscope. We can't say for sure that it supports Google Cardboard and other VR applications until we actually try it, but it is good news for those looking to get one of the Galaxy A (2017) phones and use it for VR as well.

Check out that gyroscope in action!

Sleek, lightweight and a lot more premium than what they cost, quite a number of our readers have confused the Galaxy A5 (2017) and Galaxy A7 (2017) with the much higher-end Samsung Galaxy S7. While both retain the same 7.9mm thin metal frame body, the Galaxy A7 (2017) packs in a larger 5.7-inch display and the Galaxy A5 (2017) goes for a 5.2-inch display. However, since nearly every other tech spec or feature is identical Samsung have simplified things to just choosing between a larger or slightly smaller sized phone. 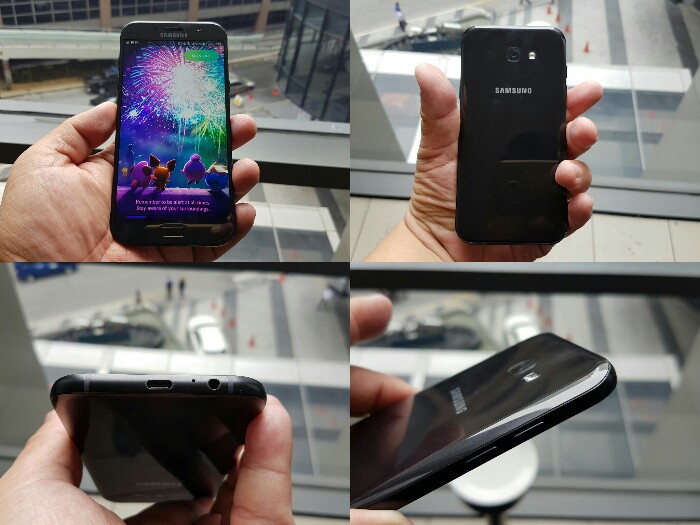 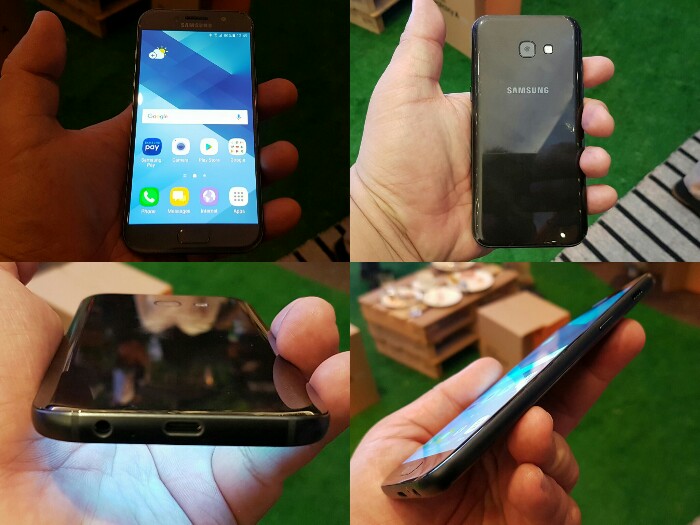