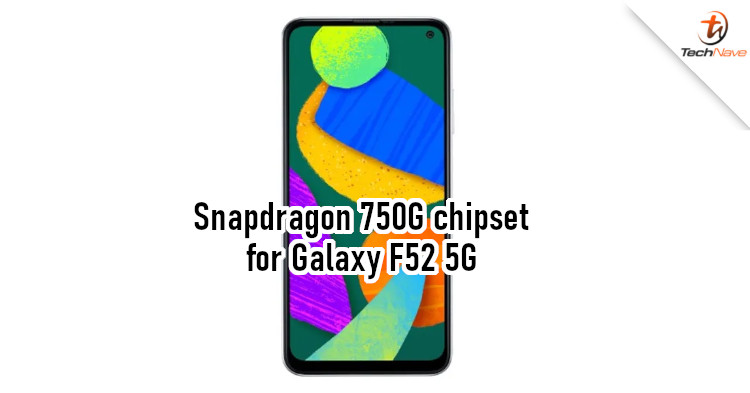 Last week, sources found that the Samsung Galaxy F52 5G has already been getting its certifications. This indicates that the device would likely be launching soon. Now, some of its specs have been revealed on Google Play Console.

Based on the details shared by 91Mobiles, the Galaxy F52 5G should be a mid-range device, as it has the Snapdragon 750G chipset and 8GB of RAM. It's It also has a rather unusual 6.5-inch display with a max resolution of 1080 x 2009. This weird number could be due to the front punch-hole. 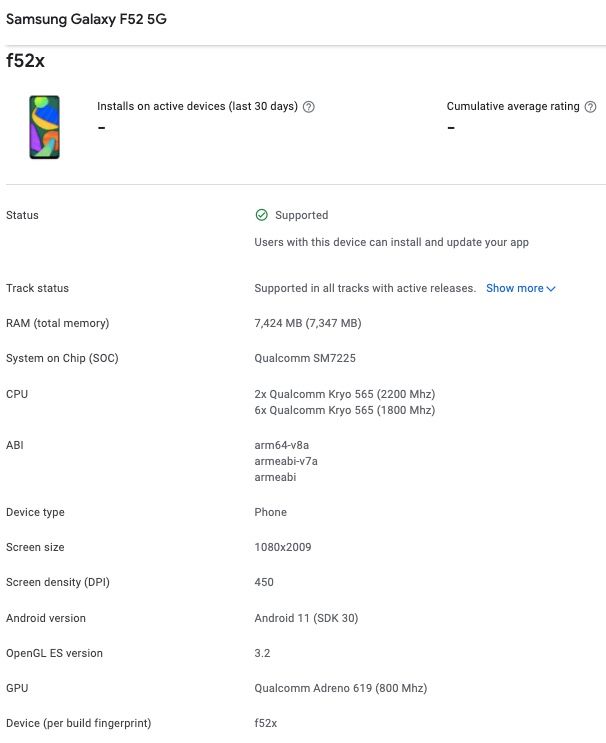 Speaking of the front punch-hole, the phone is supposed to come with a 32MP front camera. On top of that, it will have a quad-camera setup (64MP+12MP+5MP+2MP) at the back. Other specs listed include the 4350mAh battery, 25W fast-charging, and Bluetooth 5.1 support.

The Galaxy F series devices are normally not launched in Malaysia, so this model might not be available either. But if it does come to our shores, would you be interested in getting one? Let us know in the comments, and stay tuned to TechNave for more news like this.