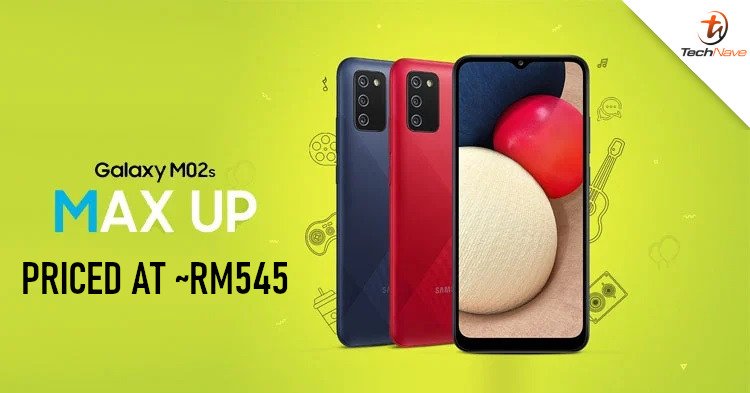 Samsung has officially unveiled the Samsung Galaxy M02s in Nepal with the price of 15999 Nepalese Rupees (~RM545), and it comes equipped with specs such as an SD450 chipset and a triple rear camera. While not much is known in regards to the exact Malaysia release date of the smartphone in question, it does give us a better idea on what to expect as soon as it is available in the local market.

In terms of the tech specs, the Samsung Galaxy M02s comes equipped with the chipset mentioned above, 4GB RAM, 64GB ROM, 6.5-inch HD+ display and a 5000mAh internal battery which supports up to 15W fast charging. But that’s not all, it also has a 13MP + 2MP + 2MP triple camera setup in the rear while the front comes with a 5MP selfie camera sensor.

As for the colours, the smartphone in question is available in red, blue, and black colour scheme and it also comes with dual-SIM support. With all that said, what are your thoughts on the Samsung Galaxy M02s so far? Let us know on our Facebook page and for more updates like this, stay tuned to TechNave.com.