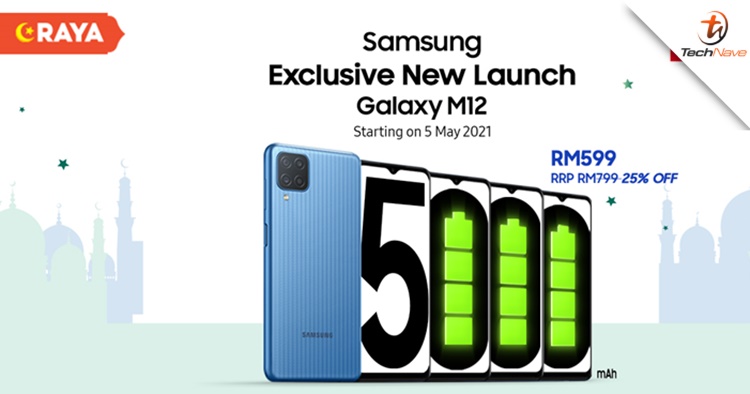 Today, Samsung Malaysia has announced that the Samsung Galaxy M12 will be launching in Malaysia soon. Scheduled for release in conjunction with Shopee's Raya 5.5 Campaign, the sale is on 5 May 2021 at an affordable special price of RM599 (RRP RM799). For the record, that's a 25% discount for the phone's debut.

Available in blue and green, we are told that there will be limited units. Unlike the model in Vietnam, the local set that we are getting features 4GB of RAM + 64GB internal storage memory configuration (expandable up to 1TB via microSD card). The battery pack is a massive one, but using 5000mAh with 15W fast charging. The sale will begin at exactly midnight later so be sure to add the phone to your cart with the link here. Stay tuned for more trending tech news at TechNave.com.