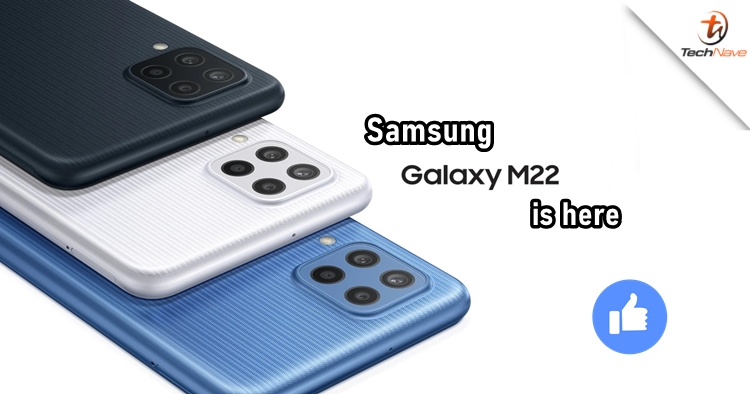 The rumours of the Samsung Galaxy M22 started way back in May, and now, it has finally arrived. Instead of holding an event for the launch, the company secretly published every detail of the device on its German website. Now, let's check out the tech specs and features brought by the new Galaxy M22!

The device powered by the MediaTek Helio G80 processor is paired with 4GB of RAM and 128GB of storage, expandable by up to 1TB via a micro SD card. However, in some markets, it will have 6GB RAM instead. It also sports a 6.4-inch Super AMOLED 90Hz display with HD+ resolution (720 x 1600 pixels). Under the hood, there's a 5,000mAh battery that supports 25W charging speed. 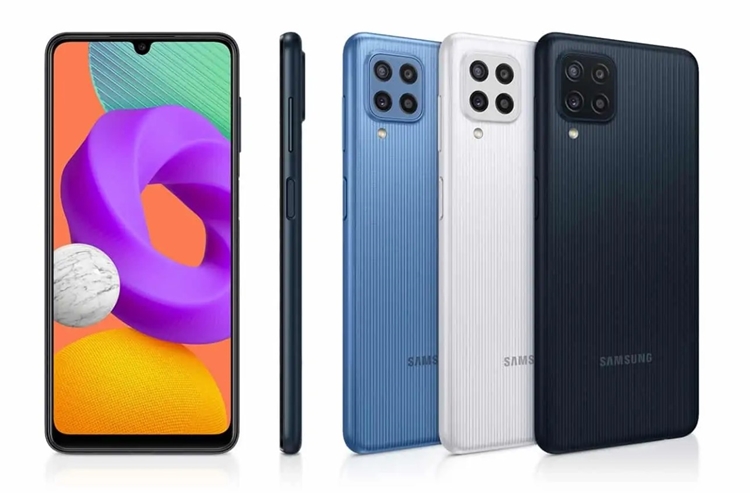 Furthermore, the camera setup uses a quad-camera module that houses a 48MP primary shooter, an 8MP ultrawide lens, a 2MP macro camera, and a 2MP depth sensor. On the front, it packs a 22MP sensor for selfies and video calls. Other worth-mentioning specs and features include a side-mounted capacitive fingerprint scanner, 3.5mm headphone jack, Wi-Fi a/b/g/n/ac, Bluetooth 5.0, NFC, GPS, LTE connectivity, dual SIM support, and Samsung Knox security platform. It will also run Android 11 out of the box.

The Samsung Galaxy M22 will be available in black, blue, and white colours. For the price, it hasn't gotten revealed but we might hear from the company pretty soon. Leave a comment to let us know your thoughts on this device and stay tuned to TechNave.com for more smartphone launches.