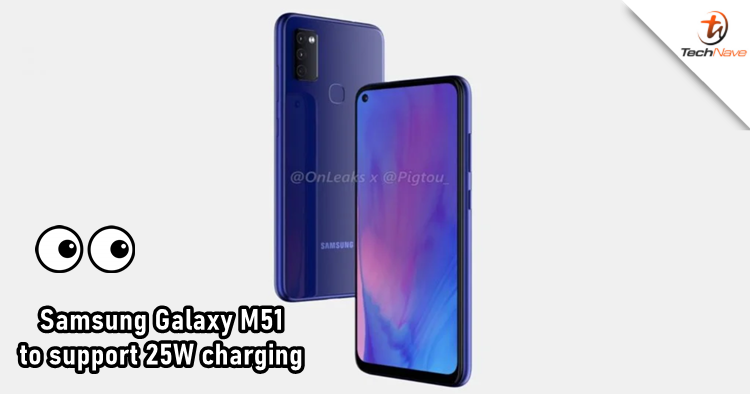 The Samsung Galaxy M series has given us the impression of budget devices with some impressive features. Earlier, it has been reported that the Galaxy M51 will bring a rear quad-camera setup that comes with a 64MP main sensor. Now, more information about the upcoming device has been revealed through FCC certification including a 25W fast charging.

Through FCC certification, the Galaxy M51 with model number SM-M515 is confirmed to support 25W fast charging with its huge 7000mAh battery as reported before. Other than that, it is also suggested that it might be the first Samsung smartphone to feature a non-Samsung Display OLED panel.

The Galaxy M51 is expected to house a Qualcomm Snapdragon 730 chipset paired with 8GB of RAM and 128GB of internal storage. It has been confirmed to support Bluetooth with LE, NFC, and dual-band WiFi. With all this information surfacing, we are probably getting to see the device in no time.

Let us know what you think about the Samsung Galaxy M51 on our Facebook page. Stay tuned to TechNave.com for more exciting smartphone rumours.