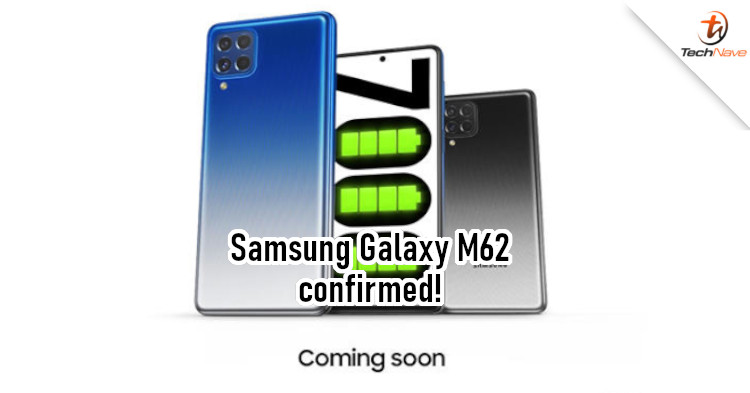 While flagship phones tend to emphasise premium features and hardware, entry-level and mid-range phones stand out in different ways. For example, some of them offer incredible battery life. This is what Samsung is going for with the Galaxy M62.

The Samsung Galaxy M62 was certified on the US FCC previously and now Samsung Malaysia has confirmed that the phone will be coming soon. As you may have guessed, the biggest advantage of this device is its large battery capacity of 7000mAh. Other than that, it's expected to come with 25W fast-charging, so you can reduce downtime as much as possible.

Internally, the Galaxy M62 will allegedly use an older Exynos 9825 chipset. It will also have 6GB of RAM and will run on Android 11. Judging by images of the phone on the Internet, it could also feature a side-mounted fingerprint sensor. Overall, this looks to be a lower mid-range device with the battery as its unique selling point.

If you need a phone that can last a long time without charging, then this could be what you are looking for. However, is a large battery alone enough to convince you to buy a phone? Let us know in the comments and stay tuned to TechNave for more updates on this.