Current Location: Home > News > Samsung Galaxy Note 10 Lite and S10 Lite might be in the works to give users a flagship device at a low price 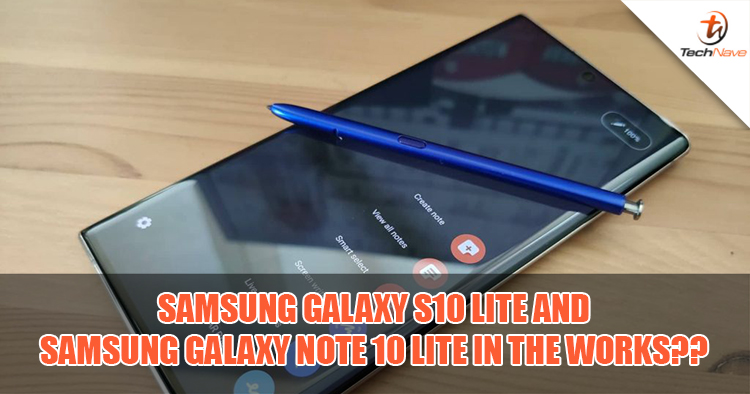 A cheaper variant of the 2 flagships Samsung had released this year are apparently in the works, according to a reliable source. The devices may be named Samsung Galaxy S10 Lite and Samsung Galaxy Note 10 Lite. These devices aim to bring these flagship features at a lower price point.

The rumoured S10 Lite may feature a 45W fast charge as well as the Snapdragon 855 chipset. In addition, rumoured tech specs of the device include 8GB RAM + 128GB internal storage (expandable), 4500mAh battery capacity and a 6.7 inch FHD+ display. For camera, we can expect a triple rear camera setup with 48MP + 12MP (ultrawide) + 5MP (depth) sensors with a 32MP selfie camera.

As for the Note 10 Lite, the model number SM-N770F has been seen floating around but no tech specs or features have been made known about the device just yet. However, we can safely assume that Samsung’s S-Pen would be made available on the device like anything Samsung Galaxy Note smartphone. Due to the lower price point, it may be possible that the device could resemble the Samsung Galaxy S10e with a smaller size, smaller battery and less cameras.

Oddly, the S10 Lite seem to have some matching specs with the upcoming Samsung Galaxy A91 in terms of battery, chipset and camera. Perhaps the S10 Lite is a rebranded A91 in other regions? Who knows. Are you excited for cheaper versions of Samsung’s flagships? Keep up with the latest Samsung news on TechNave.com!