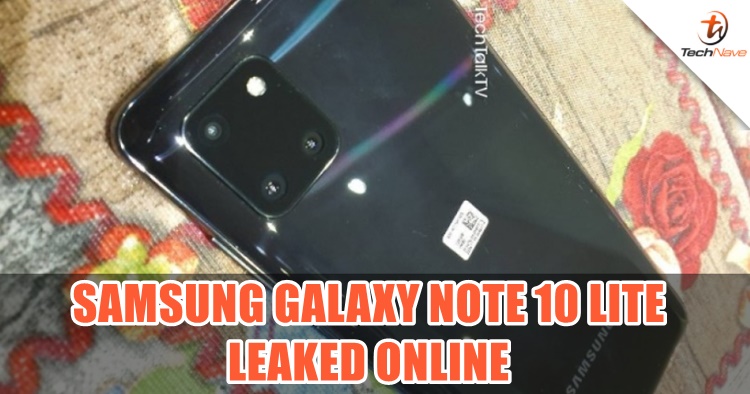 Before we got into 2020, there were some rumours about the Samsung Galaxy Note 10 Lite here and there. Now it seems that Samsung is actually quite serious about releasing this variant as there are now leaked photos on the phone online.

The phablet design doesn't differ so much from the previous render images in December. From the leaked photos, the Galaxy Note 10 Lite will still have the Infinity-O cutout right in the top centre of the 6.7-inch AMOLED display, as well as a triple rear camera (12MP for each) in a square-shaped camera bump. There is no rear fingerprint sensor to be seen, so it might mean that it's hanging out on the display. 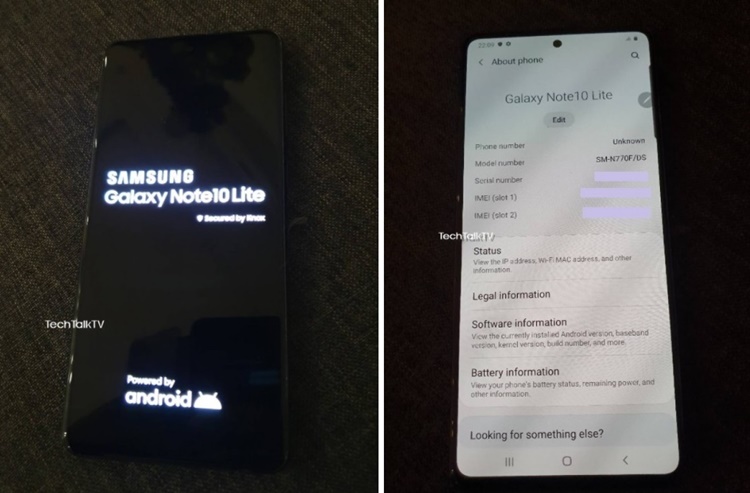 The S-Pen is also present and it's said to have the same Bluetooth 5.1 connectivity. For the tech specs, rumours have it that the Galaxy Note 10 Lite features an Exynos 9810 chipset, 6GB of RAM, 128GB internal storage, a 4500mAh battery with 25W fast charging support, and a 32MP front-facing camera. As per tradition, the triple camera lens comprises of a main, ultra-wide and telephoto lens.

As for the price, the Galaxy Note 10 Lite could cost €610 which is roughly around ~RM2795. But what do you think? Would you like a Lite variant? Let us know in the comments below and stay tuned for more Samsung news at TechNave.com.